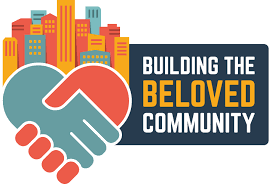 Ubuntu is an African concept which means that a person cannot be fully formed in isolation. Put simply we can say, "I am because we are."

In Unitarian Universalism ubuntu is recognized and acknowledged in our seventh principles which is to affirm and promote respect for the interdependent web of all existence of which we are a part.

From, The Power Of Interdependence by Adam Russell Taylor in the Sept./Oct 2021 issue of Sojourners magazine p.24

Interdependence is not often considered a cornerstone of the American ethos, but it lies at the heart of what binds us together, in both a moral and a practical sense. It constitutes an essential beatitude of building the Beloved Community. A greater understanding of how our lives are inextricably linked opens up new possibilities for developing empathy toward others and helps us counteract the atomized, overly individualistic excesses of American culture. Ubuntu also provides a needed lens to understand the ways in which all parts of the globe have become increasingly interdependent. Both our security and our prosperity are increasingly tied to the rest of the world. Global crises such as climate change and the COVID-19 pandemic require shared global leadership and cooperation.

American culture is dysfunctional because of its belief in the primacy of the individual without recognition, acknowledgement, and gratitude for what others have provided for the person. Galen Guengerich has taught that a primary quality of Unitarian Universalism could be gratitude which is based on a recognition of what he calls "radical dependence." Without others we would not exist and survive.

At this time , the beginning of 2022, we are more aware than even because of climate change, the Covid pandemic, the proliferation of guns, that we are threads of a fabric which can be shredded or woven together. As the old saying goes, "United we stand. Divided we fall."

A major basis of our faith at UU A Way Of Life is Ubuntu. Will you join us as we pursue our mission of encouraging spiritual development to achieve our vision of salvation of the world?

Working together we can create the Beloved Community

Working together we can create the Beloved Community. It is a place where we can live together in health and harmony helping each other create a better version of ourselves. It is a place where pain, suffering, and sorrows as well as gladness, achievements, and joys are shared among people who care for one another.

Too often people falsely accuse one another of insults, injuries, and disappointments. Transgressions occur surely and people need to be held accountable to pursue their better selves for their own benefit and for the benefit of their families and communities, and yet holding accountable, and punishing out of vengeance and retribution are two different things.

In the spiritual life, we are aware of the innate goodness of all people and strive to elicit it and call it forth. We make the effort to hold people up and love them. It is not always easy but it can be a great joy.

Rev. Michelle Yates as said that the future of Universalism will involve ever widening circles of inclusiveness. This will take the bypassing of fear and the embracing of Unconditional Love.
Posted by David G. Markham at 11:01 AM 0 comments

When You Try to Change People That’s Not Love, It’s Domination

By Broderick Greer, "When You Try To Change People That's Not Love, It's Domination" on the On Being blog on 10/27/17

"Public theology is at its best when it creates the space necessary for people of various gender identities, religious affiliations and non-affiliations, ethnicities, and economic levels to be known as their full selves, not pushed into a mold not meant for them. It is being less concerned about finding surface-level common ground than about holding space for people’s unique experiences of divinity and humanity." 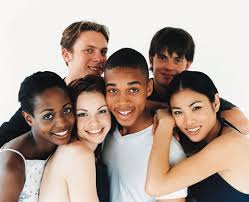 Editor's note:
What I have learned in life of 71 years is that love comes in many forms. The form is not what is important or significant, the love is.

Public theology is creating the places and the connections where this love can manifest.

From Krista Tippett's interview with Dr. Vincent Harding in 2011 and broadcast on 11/10/16 in her On Being show on Is America Possible?


Whenever somebody jokes about “Kum Bah Ya,” my mind goes back to the Mississippi summer experience where the movement folks in Mississippi were inviting co-workers to come from all over the country, especially student types, to come and help in the process of voter registration, and Freedom School teaching, and taking great risks on behalf of the transformation of that state and of this nation. There were two weeks of orientation. The first week was the week in which Schwerner and Goodman and their beloved brother Jimmy were there. And it was during the time that they had left the campus that they were first arrested, then released, and then murdered.
The word came back to us at the orientation that the three of them had not been heard from. Bob Moses, the magnificent leader of so much of the work in Mississippi, got up and told these hundreds of predominantly white young people that, if any of them felt that at this point they needed to return home or to their schools, we would not think less of them at all, but would be grateful to them for how far they had come.
But he said let’s take a couple of hours just for people to spend time talking on the phone with parents or whoever to try to make this decision and make it now. What I found as I moved around among the small groups that began to gather together to help each other was that, in group after group, people were singing “Kum Bah Ya.” “Come by here, my Lord, somebody’s missing, Lord, come by here. We all need you, Lord, come by here.”
I could never laugh at “Kum Bah Ya” moments after that because I saw then that almost no one went home from there. They were going to continue on the path that they had committed themselves to. And a great part of the reason why they were able to do that was because of the strength and the power and the commitment that had been gained through that experience of just singing together “Kum Bah Ya.”