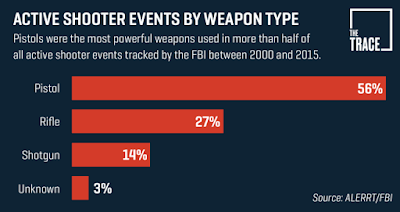 Unitarian Univeralists covenant together to affirm and promote seven principles one of which is justice, equity, and compassion in human relations. It has been definitely been proven by public health research that the possession of firearms does not make one safer but increases the risk of death by firearm. Practice of the second principle would lead a person to adopt a nonviolent life style of which firearms have little or no part.
Posted by David G. Markham at 7:00 AM 0 comments

First week of Lent - Let's give up our guns 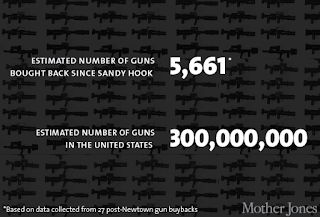 We begin the first full week of Lent grieving for the loss of students and faculty in Parkland FL.

The United States has more gun deaths than any country in the world because of the idolization of the gun. There are 300 million guns in the United States and Americans think that they will keep them safe. From what is a question that people answer in different ways not knowing that having a gun makes them less safe, not more, from dying from a gun related incident.

The very first commandment which Christians believe came from God to Moses is "I am the Lord thy God. Thou shall not have  any strange gods before me."

While the United States' biggest religion is Christianity, most Christians do not follow the first commandment but have worshiped and idolized guns. The politicians genuflect before the NRA and refuse to ask their constituents to repent and the wages of sin, the turning from God to the gun as a god of safety, reaps the deaths of their children in the schools and concerts in their midst.

If it were not so sad, it could be considered funny, this insanity. We are literally killing ourselves because of our idolatry.

Lent is a time to reconsider. Could we give up our guns this Lent? Would it make our world safer and more peaceful and healthier? You bet. Let's turn to God and away from guns.
Posted by David G. Markham at 7:41 PM 1 comments

The United States is a country of fear. Citizens arm themselves against fellow citizens. This cultural norm is mistaken. It is nothing than Unitarian Universalism teaches. UUs stand on the side of love, not on the side of fear. The UU way is a path to heaven on earth while the U.S, gun culture is a path to hell which we witness weekly in our media.

It is absurdly funny that the politicians who take money from the NRA to promote the gun culture encourage people to pray for the victims in Las Vegas and other mass shootings while they do nothing to change the glorification and enthusiasm for guns.

Guns, being a tool of destruction, are recommended as an antidote to fear of attack by a hostile other who is portrayed as intent on bodily harm. This is the hell on earth that the NRA and our politicians have promoted and encouraged not for the betterment of humanity, but rather to increase the profits from the sale of weapons and ammunition.

These activities of promoting a gun culture are huge mistakes begging for correction and yet profit takes precedence over human well being. This is a symptom of extreme spiritual poverty in the United States of America which promotes a culture of fear and death rather than a culture of well being and happiness.

Change begins with each one of us altering our mindset from one of fear to one of love and helpfulness. Our spiritual well being does not depend on our bodily safety. This is a sophisticated idea because egos identify so strongly with their bodies they fail to realize they are so much more.
Posted by David G. Markham at 10:31 AM 0 comments

Gun culture in US is a problem

President Trump has called the killing in Las Vegas "pure evil" and yet the actions he calls "pure evil" are nothing but the fruition of a gun culture which he has promoted when he accepted the endorsement of the National Rifle Association and bragged about it.

St. Paul writes in his letter to the Galatians 6:7, "Do not be deceived. God cannot be mocked. A man reaps what he sows." And Americans are reaping what they have sown, aided, and abetted. Nevada has the most lax gun laws in the nation, and gun shows occur every week in Las Vegas where guns can be purchased without back ground checks. Guns, the purveyors of injury and death, are glorified and promoted.

To see this kind of gun violence is to be expected in a culture of perverted values and incentives. To demonize an individual behaving in a culture which not only condones but encourages a glorification of guns is not pure evil but a huge societal mistake.


The gun culture in the US is in violation of many of UUs principles. It glorifies violence and attack rather than compassion and peace. UUs stand on the side of love not destruction.
Posted by David G. Markham at 10:55 AM 4 comments