Can UU clergy be promoted to higher levels of church authority? 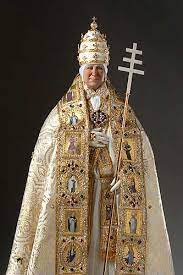 A rabbi and a priest were talking about the perks of each job. The priest mentioned that he gets a rectory to live in that comes with a housekeeper and a cook, all paid for by the church. The rabbi responded by asking if the priest could ever be promoted.

The priest said, “Well, yes, I could be asked to become the archbishop of a larger metro area like Chicago or New York.”

“Is that as high as you can go?” asked the rabbi.

The priest replied, “Well, I could be invited to go to Rome to serve as a cardinal.”

“Is that the end of the line?” the rabbi queried.

The priest mused, “Well, it’s incredibly rare, but I, a humble parish priest, could become thepope, the head of the worldwide Catholic Church.”

The rabbi asked yet once more, “Is that as high as you can go?”

“What are you expecting, for me to become God?” the priest responded indignantly.

The rabbi replied, “Well, why not, one of our boys made it.”

Email ThisBlogThis!Share to TwitterShare to FacebookShare to Pinterest
Labels: Joke of the day

UU A Way Of Life Joke Of The Day

A Freudian slip is when you say one thing but mean a mother.

Sometimes we can't believe what we just said. We ask ourselves, "How could I have said something so stupid?" We are surprised and sometimes embarrassed and sometimes pleased. "I didn't know I knew that" we might say to ourselves.

Listening to what we say is a form of mindfulness. We get into the witness part of ourselves, and observe our own functioning. It is best if we can be nonjudgmental and just observe. 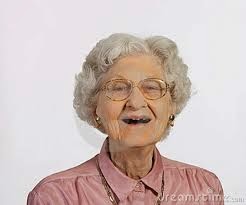 "Nineteen forty-six," I say, "would be my first choice." Back before I can remember. And, once there, I would spend my days peppering my family with questions, asking, "Must it come to pass the way it does? Is there nothing we can do?" I want to be like a cub reporter with a tight skirt and a lined tablet and write everything in pencil so that we could erase things, change the facts if anybody came up with some notion as to how we might make the whole thing go some other way,

Email ThisBlogThis!Share to TwitterShare to FacebookShare to Pinterest
Labels: Joke of the day
Older Posts Home
Subscribe to: Posts (Atom)