The worth and dignity of every person is found in merging with the All. 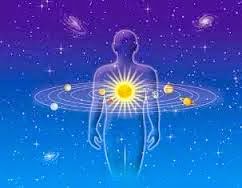 The Buddha taught that the source of human suffering was attachment. Along with this idea of attachment comes the idea of impermanence. Nothing stays the same forever. When we apply these ideas to the "person," the self, it becomes apparent that a great deal of human suffering arises because we become attached to the person we think we are, and this perception of our person is often wrong, inaccurate, constantly changing.

Psychologists describe the "false self", the "ideal self" and the "authentic self". Which self, which person, has worth and dignity referred to in the first principle of Unitarian Universalism? Buddhist meditation seems to aim at the dissolution of the egotistic self so that the "person" can become one with the all. The ego disappears. This also is a common understanding in mystical Christianity.

At the time of death, if not before, we would have more peace if we could give up our attachment to our self, our person, because we become more aware that this creation of an ego has not brought us the peace and love which we have desired. In fact, we realize more and more that it is in giving up the willfulness of this ego, and shedding it, like a snake sheds its skin, that the of a mature spirituality is achieved.

The idea of the worth and dignity of every person refers, at a mystical level, to the awareness that the person's worth and dignity arises from an awareness that the "person" is merely a part of something much greater, a whole that is mysterious and unfathomable on the earth plane. It is this awareness which is a manifestation of a miracle because it takes us beyond the drama of the ego to an awareness of peace and perfect love. The path of this awareness is surrender to our Higher Power whatever or whomever we conceive our Higher Power to be and a willingness to do God's will for us. We surrender our willfulness for willingness. It is in the detachment from our egos that we ascend the ladder to the awareness of the worth and dignity of every person as a part of the mysterious All.
Posted by David G. Markham at 10:00 AM 1 comments