What does Unitarian Universalism teach about science and faith? 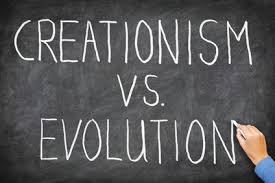 In our contemporary times there is a clash between religion and science. This comes up especially when considering the origin of the world in the discussion of evolution  and creationism. Does God magically create things in a mysterious way unknown to the human mind or can human beings decipher the workings of Nature and understand the world around them in which they live?

Unitarian Universalists are smart people. They are educated, sophisticated, and tend to support the scientific approach to the accumulation of knowledge about the workings of the world. Unitarian Univeralists certainly don't believe in magic, superstition, and Divine intervention in physical affairs of the Universe.

At what point does the use and appreciation of the scientific method turn into scientism?

In the first chapter of the Tao Te Ching it is written, "The Tao that can be told is not the eternal Tao. The name that can be named is not the eternal name. The nameless is the beginning of heaven and earth. The named is the mother of ten thousand things. Ever desireless, one can see the mystery. Ever desiring, one can see manifestations. The two spring from the same source, but differ in name: this appears as darkness. Darkness within darkness. The gate to all mystery."

What does science know of the eternal Tao? If the whole is greater than the sum of the parts, what about understanding the nature of the whole, the Oneness, the nondualistic nature of existence?

Science only gets us part way to the Truth, capital T. Science is made up of many truths, small ts. There is Truth which the scientific method cannot help us find and understand. The pursuit of Truth is the work of faith. The pursuit of truths is the work of science. They can be complimentary and work in harmony. They need not be antagonistic and in conflict. Perhaps God did create the world as described in Genesis and did it through the mechanism of evolution. A "day" in Genesis is actually millions of years.

Unitarian Univeralism unlike fundamental Christianity appreciates the metaphoric, the symbolic, the poetic as a path to the truth. The Unitarian Universalist faith is very compatible both with science and with the spiritual.

The fourth principle of Unitarian Univeralism proclaims that UUs covenant together to affirm and promote the free and responsible search for truth and meaning. This search involves a harmonious inquiry using both science and aesthetics into the realm of Truth. Unitarian Univeralists, like all spiritual seekers, desire an experience of cosmic consciousness, of going home again to the whole of which we are but a part.