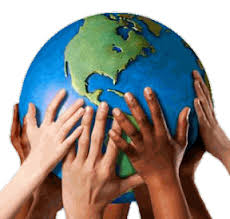 "This, in turn, would provide the cover to push through aspects of the Trump agenda that require a further suspension of core democratic norms—such as his pledge to deny entry to all Muslims (not only those from selected countries), his Twitter threat to bring in “the feds” to quell street violence in Chicago, or his obvious desire to place restrictions on the press."

It seems apparent but not often enough discussed that the values of Trumpism are often at odds with the values of Unitarian Universalism. Trump's Muslim ban is antithetical to UUs first principle, the inherent worth and dignity of every person and the second principle, justice, equity, and compassion in human relations, the fourth principle of free and responsible search for truth and meaning,  and the sixth principle, the goal of world community with peace, liberty, and justice for all.

President Trump has the so called "bully pulpit" where he can teach his values to a mixed response. It is more important than ever that another vision of humanity is shared with our brothers and sisters based on our UU faith of the oneness of humanity and the inherent goodness in people. Start where you are and be kind to people today especially people who are different from yourself.