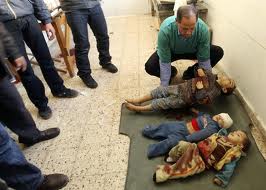 Herod was furious when he realized that the wise men had outwitted him. He sent soldiers to kill all the boys in and around Bethlehem who were two years old and under, based on the wise men’s report of the star’s first appearance.

It seems that King Herod like George W. Bush ordered a pre-emptive strike to kill what Herod believed would be a terrorist threat to his kingdom.

How many children has the United States killed in Iraq, and Afghanistan? Far more children than killed by King Herod.

The children King Herod killed in his pre-emptive strike are considered the first Christian martyrs and today, 12/28 is the feast day Roman Catholics and may other Christian denominations remember and honor their deaths. Will we remember the children our country has killed in Iraq, Afghanistan, Viet Nam so that we, Americans, can feel safe? Human sacrifice offered on the altar of patriotism and terrorist politics so George W. Bush and the United States congress can pander to U.S. citizens fears of loosing their exceptional place in world politics.

Unitarian Universalists covenant to affirm and promote justice, equity, and compassion in human relations. Can a person be a good UU and a good American who supports the killing by U.S. troops in his/her name for such bogus reasons?

“A cry was heard in Ramah—
weeping and great mourning.
Rachel weeps for her children,
refusing to be comforted,
for they are dead.”

Two of my children were killed by a three time drunk driver and I grieve every year as we, humans, drunkenly rejoice that it is "Miller Time" and that Budweiser has "drinkability". At this time of year, getting into the Christmas spirits has a double meaning and for many it brings great sorrow, injury, and death. In 2012, I am starting a spirituality of recovery group for all those people who are interested in replacing their chemicals with spiritual peace and joy.

Let us become aware of who we really are, children of God, and put away our drones, bombs, guns, and booze and come to our senses and consider what it is that we are doing to ourselves and others in this world.
Posted by David G. Markham at 8:08 PM 1 comments

Rev. King was a Unitarian Minister who "saved the nation".

Rev. King is a level I luminary in the UU A Way Of Life liturgical calendar.

To learn more about King, click here.
Posted by David G. Markham at 8:47 AM 0 comments 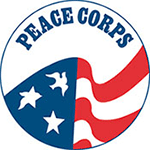 From the This Week In Peace History web site:

President John F. Kennedy issued Executive Order 10924 establishing the Peace Corps as a new agency within the Department of State. The same day, he sent a message to Congress asking for permanent funding for the agency, which would send trained American men and women to foreign nations to assist in development efforts. The Peace Corps captured the imagination of the U.S. public, and during the week following its creation, thousands of letters poured into Washington from young Americans hoping to volunteer.

To find out more about the Peace Corps, click here.
Posted by David G. Markham at 9:36 AM 0 comments

February 28, 1901 Linus Pauling was born in Portland, Oregon. He won the Noble prize for Chemistry in 1945. He received the National Medal of Honor from President Gerald Ford in 1960, and the International Lenin Peace Prize in 1971. He was given the National Medal of Merit from President Harry Truman for his contribution to the war effort, but when the Atomic Bomb was developed, he became a pacifist. He then joined the First Unitarian Church of Los Angeles. Pauling died on August 19, 1994 at the age of 93.

Linus Pauling is a level I luminary in the UU A Way Of Life Liturgical Calendar.
Posted by David G. Markham at 11:42 AM 1 comments

On February 25, 1566, Ferancesco Sega de Rovigo was executed for being a member of the Unitarian society of Venice, Italy. He was a friend of Lailius Socinus and whas influenced by Michael Servetus's book, On The Errors Of The Trinity.

Ferancesco was taken out into the Adriatic Sea, weighted with stones, and dropped into the sea to drown.

As a martyr, Ferancesco Sega de Rovigo is considered a level I luminary in the developing UU A Way Of Life liturgical calendar.
Posted by David G. Markham at 9:40 AM 1 comments 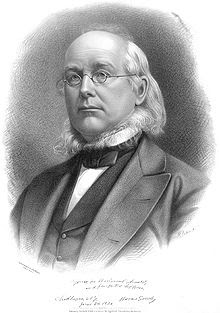 Horace Greeley, the famous newspaper editor and politician, died 11/29/1872. He has been described as a "salwart Universalist".

You can learn more at Wikipedia by clicking here.
Posted by David G. Markham at 7:00 AM 0 comments