Where do Unitarian Universalists stand on truth telling in the age of Trumpism? 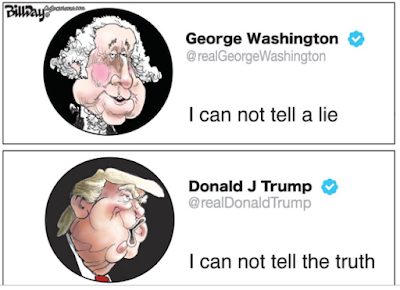 What do Unitarian Universalists teach about truth telling and bearing false witness? Is Donald Trump's lying and dissembling and his fellow Republicans just politics as usual?

I have heard people defend Donald Trump's lying by saying, "All politicians do it." Is that accurate and excuse for such behavior?

The moral and ethical deterioration of our society in the age of Trumpism seems significant and does not bode well for our future as a nation if it is allowed to continue and there is no accountability.

What do our UU principles and values have to teach us about how to function in our current society where the political discourse is so toxic and dysfunctional? Our fourth principle encourages us to search for a free and responsible understanding of truth and meaning. Currently, when it comes to politics in the United States, how is that working for you?

Unitarian Univeralists are attracted to rectifying social injustices in so many areas, but I have never heard them speak up about the integrity of truth telling. Is it time?

Why do people love Donald Trump? 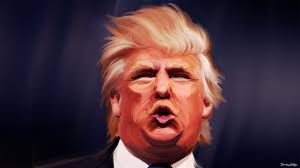 How can anyone NOT be appalled by Trump⁉️

Donald Trump is entertaining and evokes the most degernerate sides of our human nature. He is greedy, lustful, boastful, venegeful and by American standards successful. Donald Trump is a carricature of all that's worst about what Freud called our Id and it is this manifestation of our shadow side, our dark side that people find so fascinating.

Donald Trump is childish and mean when he leads chants of "Lock her up! Lock her up!' and encourages people at his rallies to beat up people who object to his taunts, slurs, and put downs. It is World Wrestling Entertainment in political life and it is the same people who love to see violence, vengeance, and mayhem acted out in a sports arena who love Donald Trump.

I not only get a kick out of Donald Trump's antics but also find his fans and supporters a species of human beings who are fascinating to watch and observe.

Rather than appalled I find myself curious about what makes these people tick and why they love and support this kind of hurtful, mean, destructive, self aggrandising behavior. We all see a little of ourselves in Donald Trump whether we are consciously aware of it or not.

Marianne Williamson is right when she says that America's biggest problem is a spiritual one. The fact that a person like Donald Trump was elected to be their leader is a symptom of the degeneracy of the American people. Is it time for spiritual renewal?
Posted by David G. Markham at 9:34 AM 0 comments

Email ThisBlogThis!Share to TwitterShare to FacebookShare to Pinterest
Labels: Trump 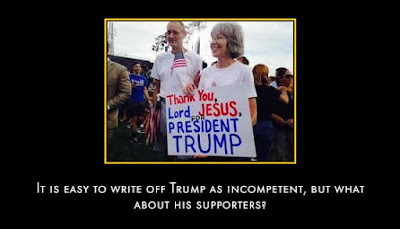 Even more egregious are the congressional members of Donald Trump's party who fail to act, and who by their silence allow the behavior to continue uncensured. Evil triumphs when good people do nothing and look the other way.
Posted by David G. Markham at 7:25 PM 3 comments