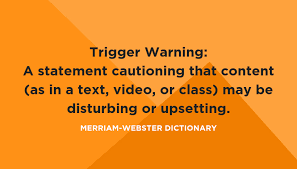 Lukianoff and Haidt have coined a term to describe this belief that it is morally correct that some freedoms, especially the free flow of ideas, be sacrificed in the name of safety. “Safetyism,” they say, “refers to a culture or belief system in which safety has become a sacred value, which means people become unwilling to make trade-offs demanded by other practical or moral concerns.”[1] Safetyism, additionally, extends the traditional understanding of what being safe means. “Their focus on ‘emotional safety’ leads many of them to believe that… ‘one should be safe from not just car accidents and sexual assault but from people who disagree with you.’”[2] Since disagreeable ideas are, thus, considered harmful and injurious in a culture of safetyism, many of its adherents feel justified in using violence to protect themselves and others against dangerous beliefs. As a UC Berkeley Op-ed claimed after a violent protest there, “physically violent actions, if used to shut down speech that is deemed hateful, are ‘not acts of violence,’ but, rather, ‘acts of self-defense.’”[3] Whether violent or not, safetyism reflects a value system that stands in opposition to free speech, not unlike the mindset of those legislators who passed the “Patriot Act” after 9/11, which sacrifices individual freedoms in the name of national security.

Safetyism is the toxic virus which is destroying Unitarian Universalism. I have noticed it since I got involved on UU congregations around 2005. There always seemed to be hidden agendas and I noticed that some ideas were quickly marginalized and silenced subtly if those in power in the congregation didn’t like them.

It is a cancer that has metastasized throughout the denomination which has been identified with difficulty managing conflict and disagreements. Tension management is a huge problem for UUs. One person told me she left her UU congregation because everyone was “too nice.” “Nice” people are stealthily dangerous.

Nowadays there is a new vocabulary which has emerged stifling free speech and expression of ideas under the umbrella of “microaggressions” which require “trigger warnings” so spare people hurt feelings and the complaint of not feeling safe. These plaintiff complaints shut down the free expression of ideas and articulations of feelings. To abide by the norm requiring “niceness” people just walk away as congregations dwindle and the denomination becomes stagnant.

Todd Elkof is highlighting this issue and suggests there is a better way. Many agree with him although those in power have ignored him or essentially shunned him and his troubling ideas. Elkof is calling for a self reckoning for UU congregations which is long overdue.

Safetyism is a pernicious dynamic which is stultifying the life and grace of Unitarian Universalism especially in light of its fourth principle which is the free and responsible search for truth and meaning. This dynamic has gotten worse with the increase in female leadership at the congregational and association level. Awareness of this dynamic is the first step forward to positive change. If you can’t name it, you can’t manage it and safetyism is a huge barrier to further denominational and congregational growth and evolution.