Separation from Life leads to hell. 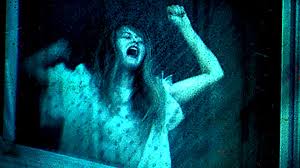 Separate egos do not have inherent dignity and worth. Just the opposite. Separate egos lead to a descent into hell in which we suffer and writhe in anguish.

Osho says, "Either I can exist or God can exist; we cannot both exist together - because if I exist, then I am a separate entity. Then I have my own existence independent of God. But God simply means the total, the whole. How can I be independent of it? How can I be separate from it? If I exist, I destroy the very idea of totality." p. 182 "Ah, This!"

And how the ego wants us to be separate. It is this desire which is the original sin. We stupid humans want to be the author of our own existence. This is ridiculous. People, with their egos, are just ridiculous, Ridiculousness reigns supreme on the earth plane and creates the hell for us which we suffer in.

Surrendering our egos is so scary that most of us avoid even thinking about it. It seems like a crazy idea unless we obliterate our consciousnesses with drugs or other mood altering, mind bending activities like compulsive gambling, pornography, workaholism, compulsive overeating, extreme sports, internet addictions, etc.

Our egos set up a false dichotomy of me against Him. "I don't believe in God" we say because like children we don't like anyone being the boss of me.

But "God" is not a person. God is an energy. Luke Skywalker had it right when he called it The Force. Osho teaches that God is a quality; godliness he calls it.

Neale Donald Walsch teaches that if you don't like the word "God" use the word, "Life." "Life" works just as well. Try it.

Who can deny that they are part of life? Life is what we are in, not hell at all. Hell we create all on own by separating ourselves from Life.