What are "interfaith studies?" 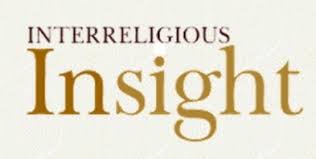 In 2013, Eboo Patel offered an outline of what “interfaith studies” might look like: “As an academic field, interfaith studies would examine the multiple dimensions of how individuals and groups who orient around religion differently interact with one another, along with the implications of these interactions for communities, civil society, and global politics.”1 In what follows I examine the current contours and possible future of such a field in the secular discipline of religious studies.

There is a growing interest in both the academic world and the secular world in what have been called "interfaith" or "interreligious" studies.

Interreligious studies focus on the interaction of people from different faith traditions or none which have implications for families, neighborhoods, communities, states, countries and internationally.

Having grown up in a small village in Western New York State and raised in a Roman Catholic church, I was surrounded by Protestants from various denominations, a few Jews, and never met a Buddhist until I was an adult.

At age 15 in 1960, I remember the national debate over whether a Catholic, John Kennedy, could ever be elected President?

I was taught as a child that it was a mortal sin to go into a Protestant church which meant if I died with a mortal sin on my soul without confessing the sin to a priest, I would go to hell for eternity.

My parents were in what was called a "mixed" marriage because my mother was a Catholic and my father was an unchurched Protestant. My parents were not eligible for a nuptial mass because of my father's noncatholicism and before a priest would marry them in a simple marriage ceremony my father had to promise that any children that come from their union would be raised Catholic.

In our current age, this strict enforcement of religious regulations on marriage and family life have significantly loosened and some might see as "quaint" but in some religious traditions, depending on one's identification with their faith tradition, can still apply.

Even the study of other relgious traditions some faith tradtions perceive as threatening so religious literacy programs are offered and particpated in cautiously, and interreligious studies is reserved for academia if at all.

This idea that UUs have no principles is, of course, not true, but it is true that they have no creed or dogmatic test of faith compliance.

Having written this, the question remains, what do UUs believe? What principles do they hold dear? How do they interact with other faith traditions?

It is, of course, impossible to interact constructively with other faith traditions, if a person doesn't even know what they are.

It would seem then that interreligious studies should be a priority for Unitarian Universalists and a main object of denominational support.
Posted by David G. Markham at 10:19 AM 0 comments