When They Call You A Terrorist: A Black Lives Matter Memoir - Psychiatric and addiction disorders complicate the narrative

Racism is not always personal. It is institutional. Racism occurs in the way that society is structured.

And who structures society? People of privilege who claim they are not racist, and likely they are not consciously racist, but their values, choices, and decisions when it comes to social policy and how they live their lives in their community, protecting their own interests, have the effect of subjugating and oppressing people in their communities, counties, states, and country. To deny their choices and decisions are not racist is the height of ignorance and hypocrisy.

On 10/31/18 I will be celebrating by 50th anniversary as a Psychiatric Social Worker. I have spent my whole career working with people who suffer from psychiatric and substance abuse problems. Psychiatric problems cut across all races and social classes, but psychiatric problems are especially harmful and destructive for people, families, and communities without adequate resources for treatment and rehabilitation, and in many cases even habilitation in the first place.

Funding for community based mental health services have been severely cut over the last 30 years after the Community Mental Health Centers Act expired in the 80s. Psychiatric services were increasingly, and now almost exclusively, funded by medical dollars which demands that payment only be made for services that are "medically necessary." Consequently, what has been called "wrap around services" have been severely cut and defunded, and by default people struggling with psycho-social problems wind up getting no help and they wind up in the criminal justice system. Currently the largest mental healh program in the country is the one run by the Los Angeles County jail. This is the mental health care, such as it is, that Patrisse's brother Monte received.

Patrisse Khan-Cullors with a biting tone of black humor, pun intended, describes how psychiatric illness impacted her brother, Monte, her family, and her community.

"I know about crack. Everybody uses it, it seems like. At least in my neighborhood where there are no playgrounds, no parks, no afterschool programs, no hangout spots, no movie theaters, no jobs, no treatment centers or health care for the mentally ill, like my brother Monte, who had begun smoking crack and selling my mom’s things and is already showing signs of what we would much later come to know as schizoaffective disorder.

But without health care beyond LA County USC hospital, we can’t know about my brother. We only know that crack filled the empty spaces for a lot of people whose lives have been emptied out. We are the post-Reagan, post–social safety net generation. The welfare reform generation. The swim or motherfucking sink generation. And, unlike our counterparts on Wall Street, where crack is used and sold more, we don’t have an employee assistance plan."

And who were all the good people that voted for Reagan who mocked the "welfare queens" and touted "trickle down economics.?" And who are the people today who support the Republican policies of tax cuts to the corporations and the 1% leading to huge deficits which they insist must be addressed by cuts to entitlements? And who do you suppose will suffer the most as the safety net is further destroyed?

And why is it that we have the highest rate of incarceration in the world in the United States where class warfare, racist at its core, has propped up the 1% while the poor suffer and when they rebel and resist are killed in the streets by police?

As I end my carreer of 50 years, I have watched the mental health and social welfare systems be destroyed and all that is left to keep the order is the criminal justice system.

As a Unitarian Univeralist I have covenanted with others to affirm and promote the inherent worth and dignity of every person, and justice, equity, and compassion in human relations. Would that more people would join our covenant and promote policies that create a society which is more just and humane.

At age 72, I continue to work providing psychotherapy three days a week in my private office to individuals, couples, and families. My work often brings me into contact with schools, probation, parole, doctor's offices, the social services department, Social Security, attorneys, and rarely clergy.

I also consult twice a month providing clinical supervision to counselors in a substance abuse agency where I was previously the Executive Director.

I see about 20 clients per week, and always offer pro bono services when needed. I have always believed that my work is a ministry and a  spiritual calling not just a profession to make money. I have had very little instituional support outside of the Social Work Profession and the health care insurance panels that pay for some of the clinical work.

In reading Dorothy May Emerson and Anita Farber-Robertson's book, Called To Community: New Directions In Unitarian Univeralist Ministry, I have come to appreciate that what I do is very much a community ministry based on the UU principles.

There are some churches which have mental health ministries such as Spiritus Christi in Rochester, NY. Perhaps some UU churches might consider supporting a mental health ministry. The connection between racism and mental health and addiction issues is tightly connected in Patrisse Khan-Cullors memoir as she describes the intersection of mental health health and substance abuse disorders and racism in the lives of her brother, Monte, and her father, Gabriel. A the very least, it would be a step in the right direction if larger Unitarian Universalist churches were affiliated with an Employee Assitance Program. After all,  as Patrisse Kahn- Cullors points out, Wall Street Brokers have one. 😏 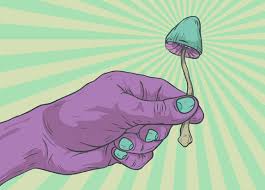