Medea Benjamin, co-founder of Code Pink, points out on Democracy Now! on 08/27/18, that John McCain supported many immoral wars such as Vietnam, Iraq, and Afghanistan which the United States continues to be involved in 17 years later.

John McCain could be the poster boy for the Orwellian slogan of the Ministry of Peace in 1984 that War Is Peace.

The Quiet Cancer Of Militarism On America's Soul 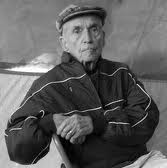 Berrigan’s words come as encouraging reminders that we cannot give up, even when it appears so many of our efforts fall short.


To the degree federal spending is any indication of national values and priorities, we have lost our way. We are out of touch with our civic, human and Christian ideals.


Let’s take a look. The numbers today are so large they are incomprehensible. According to the Stockholm International Peace Research Institute Military Expenditure Database, U.S. military spending in 2009 came to $663 billion. Second on the list of military spenders was China, at $98 billion. If one were to add all 2009 military spending by the top 19 spending nations, other than the United States, the figure comes to $642 billion, or $21 billion less than the United States spent in that year.


When the 2010 fiscal year budget was signed into law in October 2009, the final size of the Department of Defense’s budget was $680 billion, $16 billion more than President Obama had requested. An additional $37 billion supplemental bill to support the wars in Iraq and Afghanistan was expected to pass Congress in the spring of 2010, but has been delayed by the House of Representatives after passing the Senate. Meanwhile, military-related expenditures outside of the Department of Defense constitute between $319 billion and $654 billion in additional spending, bringing the total for military-related spending in the 2010 fiscal year to between $1.01 trillion and $1.35 trillion, a new landmark.
Posted by David G. Markham at 7:00 AM 1 comments

Howard Zinn on "Holy Wars" - Is There Any Such Thing As A Good War?

Excellent talk by Howard Zinn on the 3 "holy wars".

Professor Zinn asks the question, "Is there any such thing as a 'good war?'"

Is serving in the U.S. armed forces honorable?

Militarism is not the answer to our world's problems. We UUs, better than anyone else, know this. Let's take a clear stand and position against militarism and what President Dwight D. Eisenhower called the "military-industrial complex."

According to a "list drawn up by Afghan officials," 95 children were "among the 140 people said to have died in a recent U.S.-Taliban battle in western Afghanistan." Afghan authorities blame the deaths on U.S. air strikes, but the U.S. military disputes their claim.

Onward Christian soldiers, soliders of the Cross. Reminds me of Herod ordering all the male babies killed under 2 so they couldn't grow up to overthrow his government.

Americans call these killings "collateral damage" as if this hides the fact that they are killing innocent civilians to get the "bad guys".

I don't know this America any more.

Good people are beginning to question the huraah slogan, "support the troops!"

I don't support troops killing children and innocent civilians, do you?
Posted by David G. Markham at 2:44 PM 3 comments