People on planet become political pawn in fight on immigration

President Obama’s executive actions on immigration have been delayed after a federal judge in Texas ruled it didn't follow proper legal procedure. Alan Gomez of USA Today and Stephen Legomsky of Washington University Law School join Judy Woodruff to discuss what may happen in the courts and how it affects the millions of people who were supposed to be shielded from deportation.

Pax Christi USA has chosen immigration as its lenten study and action topic. Joseph, Mary, and Jesus were immigrants in Egypt where Joseph took Jesus so he wouldn't be killed by Herod. As Unitarian Universalists we should be speaking up for immigrants whose lives are being manipulated.
Posted by David G. Markham at 7:00 AM 0 comments

Would we welcome the baby, Jesus, into our community? 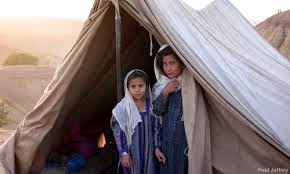 Pax Christi USA has developed a tool kit to be used during lent on immigration reform. For those of us with a Christian backround we are well aware that Jesus and his father, Joseph, and his mother, Mary, were immigrants who fled from Israel to Egypt.

Herod, in his paranoia, had all the 2 year old children in the region under his domain killed. The United States has faced its own dilemma recently with what to do with immigrant children. There was a proposal in my own home town, Brockport, NY, to develop a former Walmart Store for residential care for these immigrant children which would be funded by the Federal government, but many local people opposed it, including our Congressman Chris Collins, and these children were sent away as they were not welcome in our town. Brockporters would have sent Jesus away and that is very sad. We have forgotten that we are one family under God. May we remember this Lent, repent, and change our attitudes and ways.

When they had departed, behold, the angel of the Lord appeared to Joseph in a dream and said, “Rise,
take the child and his mother, flee to Egypt, and stay there until I tell you. Herod is going to search
for the child to destroy him.” Joseph rose and took the child and his mother by night and departed for
Egypt. He stayed there until the death of Herod, that what the Lord had said through the prophet
might be fulfilled, “Out of Egypt I called my son.”

When Herod realized that he had been deceived by the magi, he became furious. He ordered the
massacre of all the boys in Bethlehem and its vicinity two years old and under, in accordance with the
time he had ascertained from the magi. Then was fulfilled what had been said through Jeremiah the
prophet:

“A voice was heard in Ramah,
sobbing and loud lamentation;
Rachel weeping for her children,
and she would not be consoled,
since they were no more.”

When Herod had died, behold, the angel of the Lord appeared in a dream to Joseph in Egypt and
said, “Rise, take the child and his mother and go to the land of Israel, for those who sought the child’s
life are dead.” He rose, took the child and his mother, and went to the land of Israel. But when he
heard that Archelaus was ruling over Judea in place of his father Herod, he was afraid to go back
there. And because he had been warned in a dream, he departed for the region of Galilee. He went
and dwelt in a town called Nazareth, so that what had been spoken through the prophets might be
fulfilled, “He shall be called a Nazorean.”
Posted by David G. Markham at 7:00 AM 0 comments

The cancer in our soul

"Then in a gentle clear voice, Mrs. Regina Spiegel told us how it had been for her family in the time of the Kristallnacht. she had been 13 years old when it all began. Before the Holocaust ended, her mother, father, three sisters, a nephew, and a brother had perished in the death camp Treblinka. She herself had done slave labor, imprisoned in both Bergen-Belsen and Auschwitz. Of all she and her family endured, she said, 'The hardest thing was that our neighbors turned on us. If we had only had neighbors like you, whose churches exhort you to care and speak up for your neighbors, these terrible things could not have happened.' Her words remain with me, prompting a hope and a question. How I hope Mrs. Spiegel is right, but I wonder, would we choose to know? To act? To love our neighbors as ourselves? Are we choosing that now?"

As I watch what is going on in Arizona and other states I wonder too along with the Griffiths how we will act. What kind of a people us Unitarian Universalists will turn out to be. Will we really Stand On The Side Of Love or will we join the chauvinistic ranks who want to protect what they believe is theirs for themselves alone?

We live in difficult economic times when the rich get richer and the poor get poorer and the middle class is significantly shrinking. We watch our Federal and State governments becoming corrupted with corporate money and interests which leaves the average citizen marginalized and impotent in influencing governmental decisions.

We as Unitarian Universalists pay lip service to our first principle of believing in the inherent worth and dignity of every person, but we live among millions of people who don't believe that and certainly don't behave in that way. We live in a world of dog eat dog where I need guns to protect what is mine and you will be excluded and alienated from my zone of safety so I can feel secure.

I believe that the Arizona phenomenon should be encapsulated and excised as one would a cancerous tumor in the body politic. If surgery is not possible, chemotherapy and radiation may have to be applied in hopes of shrinking the tumor. There already is a threat of metastases to other parts of the country as other states consider similar laws.

The cancerous cells comprising the tumor must be starved and we do that by boycott. The toxic cells need to be radiated by the light of spiritual soulforce which shines its attention on evil and confronts its destruction until in shrinks away in shame, defeated.

Does Unitarian Universalism have the soulforce to confront evil as Mrs. Spiegel expects? I see us wavering. I see us wanting to discuss the pros and cons. I see us wanting to justify oppression and subjugation as a means to purifying the quality of citizenry in Arizona. Some of God's children do not deserve to be here and they have crossed the line of privilege to our horror.

There is a cancer in our national soul. Unless we clearly diagnose and treat it, it will kill us.
Posted by David G. Markham at 7:00 AM 2 comments

Is there such a thing as an illegal person?

I don't get what people don't get.

There are no such thing as "illegal" people.

We are all God's children on the planet earth.

One of the original sins was Cain killing Able. God was not pleased.

The first principle of Unitarian Universalism is the belief in the inherent worth and dignity of every person.

The UU principal is being violated in Arizona where people are being discriminated against merely because of the color of their skin and hair and how they look.

Just because of money?

There comes a time to take a stand, to stand up for what you stand for.

"Nice" UUs want to debate this. The UU ministers are debating a boycott of Arizona. We also believe in the "free and responsible search for truth and meaning" which, like Fox news, leads some to be "fair and balanced" while injustice is perpetrated on God's children.

The problem with Unitarian Universalists is that they are so inclusive that they will fall for anything.

Will we actually practice what we sometimes preach?
Posted by David G. Markham at 7:29 AM 9 comments

Good for the Unitarian Universalist Association.

Now, will Unitarian Universalists put their money where their mouth is? Will their actions speaker louder than their words?

How organized is the anti-immigrant fascism leaking into American politics?