Are women playing the victim? 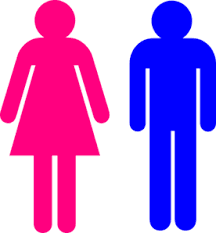 From Sojourners, July, 2019, The Devil Doesn't Need and Advocate by Kaitlyn Schiess

Women and men—on a seminary campus, on a church staff, in many places in the world—are not on equal footing. And that inequality is both structural and exacerbated by the sexist suspicion of or fear of women. When women are viewed as sexual threats, we miss out on our male classmates’ study groups, mentoring by male professors, and internship and job opportunities. Few women seminary students sense a clear path forward for the calling God has placed on their lives, and much of that is due to the lack of community created by sexist assumptions about male-female relationships. p. 14

Have females historically been treated as second class citizens? No question.

Are they still? No

There are more females in college now than males 54%:46%. They are almost equally represented now in previously male dominated professions like medicine, law, and the clergy in most Christian denominations other than Roman Catholicism. They dominate the so called semi-professions such as teaching, nursing, and social work.

So why are they still complaining and playing the victim?

I haven't seen the data on the female/male ratio of UU congregational ministers but the circles I travel in they seem to outnumber males in leadership positions and it is unclear whether this bodes well for the future of the "living tradition."
Posted by David G. Markham at 12:45 PM 1 comments