Who do you hate? 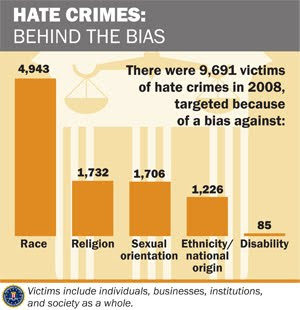 Who do you hate?

I'm there in that religion category. Chalicechick says that I hate Roman Catholics and being one of them I must admit I do to some extent so I hate myself as well as them and that's why I now consider myself a Unitarian Universalist.

UUs seem to claim that they don't hate anybody, but I find that not to be true. They seem to hate Robin Edgar for reasons I just don't understand. (You can hate people as much by shunning and ostracizing them as you can by attacking them - it's called passive-aggression).

I have to admit that I hate a lot of people and a lot of things and I work everyday not to let my hate interfere with my courtesy and civilty. It's takes a lot of effort and if you read this blog with any regularity, you can see that I often fail.

As Unitarian Universalists we say that we believe in the inherent worth and dignity of every person, and in justice, equity, and compassion in human relations, but it takes work every day, let's be honest, not to express it. Many of us have our hate repressed so deeply that we immediately deny that we hate others, but it is there and it leaks out anyway and we are ashamed of it.

The thing I like about Unitarian Universalists is that we are not hypocrits for the most part. We hate those we hate and we try to be kind anyway. There is a lot of virtue in that. As Martin Luther King, Jr. said he had no illusions that he could change the attitude of a racist. He just wanted them to act right and follow the law.

That is as well put as I have ever seen.