How innocent are you? 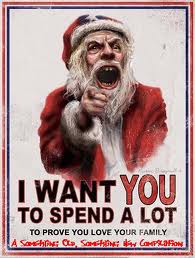 As we approach the darkest day of the year, and see the death of the vegetation around us, we, once again, become intimately aware of the cycle of the seasons.

I have become more intensely aware of the corruption and evil in our society. We are not innocent.

This is some of what Chris Hedges has to write this morning in his article "Happy as a hangman" which is well worth reading.

"Innocence, as defined by law, makes us complicit with the crimes of the state. To do nothing, to be judged by the state as an innocent, is to be guilty. It is to sanction, through passivity and obedience, the array of crimes carried out by the state.