Reading Buehrens and Parker - Theology: an individual or team sport? 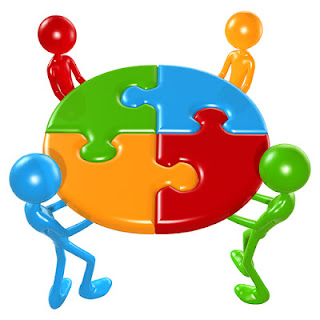 In discussing the metaphor which they use in their book of a house, Buehrens and Parker refer to the metaphor first introduced in a series of lectures given for the Liberal Religious Educator's Association and then developed into a popular course which held that "...the image conveys that 'theology' - whatever else it may connote - is about the structures of meaning that shelter and shape our way of living. The image counters the common notion among liberals that every person must build his or her own theology from scratch - as if religion were only a private matter of personal belief, without history or community. In fact, liberal and progressive people of faith inherit a communal theological house, built by those who lived, labored, and loved before us." p.xvi

A little further, they write, "Both of us have long been engaged in interdenominational and interfaith cooperation - praying, hoping, and working for justice and peace; we are keenly aware of how often people motivated to live lives of service are missing an adequate framework for their commitments - one that moves beyond, rhetoric, platitudes, and isolated individualism into a sphere of deeper spirituality and shared life with others." p.xvii

Yesterday 12/06/12 a friend sent me this email in response to the article on the purpose of church:

Dave,
Where a dedicated group is working together for social justice; is not (god) spirituality found in their mist? The degree of "the other" may differ in magnitude but the glue holding the movement together is what comes out of the hearts of those laboring for the cause. Your spirituality will always be different than mine. So we search for what works for us, It does not have to be a defined "Church" thing. What is important is that we do SOMETHING.


Here is my response:


At one level I agree that the actions are what's most important, but I am also interested in motivation and intention as well. Theology doesn't deal so much with what is done as why it is done. It is the meaning making and coming to shared meanings that creates a church or any relationship. As human beings, identification with meaning is important to us, and also leads to ethical understanding. Even the law recognizes this fact and various levels of crime are ascertained based on the perpetrators intention. We have agreed in our criminals code that per-meditated crime is more serious that impulsive or circumstantial crime. If I kill someone in a drunken rage I may be charged with manslaughter and do 5 - 15. If it is carefully calculated and planned act, I will be charged with first degree murder and could well do life or in some states be subjected to capital execution.

So I will argue that context matters because it facilitates the creation of meaning and it is the shared understanding of the meaning and significance of things that binds us together in positive relationship.

It is reassuring to me as I pursue the Unitarian Universalist faith that it is not just an individualistic matter and each person gets to make up their own stuff as they choose. This idea of libertarian theology where it is every person for herself seems divisive and alienating. I remember the course offered in the Rochester area entitled "Building your own theology". Designed to appeal to free thinkers and people put off by credal requirements for conformity, it seems to imply an every person for himself kind of theology which doesn't seem real. In fact it seems egocentrically childish.

When Buehrens and Parker write "... people motivated to live lives of service are missing an adequate framework for their commitments - one that moves beyond, rhetoric, platitudes, and isolated individualism into a sphere of deeper spirituality and shared life with others." it is reassuring that there is a recognition that there is something deeper to be sought out and understood in the faith that we share together. It is this common understanding of shared meaning that is the house they want to build to shelter us from our own egos and to raise our consciousness as referred to in the seventh principle of the interdependent web of all existence of which we are a part.

Can a UU just make up his/her own theology without sharing some common elements with other people they have entered into a covenant agreement with?

How satisfying is the house metaphor for a shared theology for you?

Is it accurate that social activism based on rhetoric, platitudes, and isolated individualism not integrated into some deeper spiritual understanding is more superficial political activism and not a manifestation of valid religious activity?
Posted by David G. Markham at 9:52 AM