Reading Buehrens/Parker on UU ecclesiology - What is the role of the church? 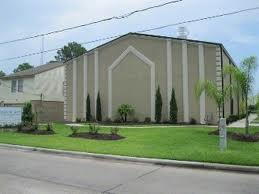 The second part of Buehrens and Parkers book, A House With Hope, deals with ecclesiology, the study of what it means to be a community, a church. Unitarian Unversalism is a covenantal ecclesiology rather than a revelatory ecclesiology where the truth has been given to some but not to all and many are dependent on the few for the truth and guidance. Unitarian Universalists believe that each individual has inherent worth and dignity, and believes in the free and responsible search for truth and meaning,  and has something to share with the whole. This understanding that the whole is greater than the sum of its parts is to recognize and acknowledge grace in the world. Jesus told us that where two or more are gathered in his name, there he (Love and Grace) will be.

We recognize this grace in a colloquial way when we say that two heads are better than one and three heads are better than two. We intuit that we are social creatures and rely on each other for feedback which influences our awareness and identity. The Sociologist  George Herbet Mead called the social mirror.

Buehrens writes on p. 54: “Covenant as a concept is not just about commitment to a particular community. Because of its connection to hope, it is also about a community’s commitment to a vision without which we all perish.”

We all need to belong to something bigger than ourselves from which our identity and safety flows. Without it, as in primitive tribes where shunning was used as punishment, we die. And what is that vision of which Buehrens writes? He doesn’t articulate it specifically, but I take it to mean the seven Unitarian Universalists principles derived from what UU identifies as its six sources. It is a theology which is unique and ultimately is based on love.

Further, Unitarian Universalism relying on its ecclesiology of covenant, should strengthen its recognition of Grace which gives rise to awe, and gratitude because we become aware with grace that we are loved and cared for by the Universe for no other reason than that we were given birth to what Matthew Fox calls the Original Blessing which is LIFE and which is our natural inheritance. This LOVE is made manifest in our care for one another and the world. As the Pagans marveled at the early Christians when they said, “See how they love one another,” we, too, as Unitarian Universalists should strive to create this same culture of love in our congregations and in our relationship with the world.

“Too much liberal and modernist religion, I fear, is all too likely not only to forget that ground, but even to think that covenantal relations are simply a matter of our own intentionality, and not a gift – what the Puritans called ‘a covenant of grace’, rather than one of works. In the biblical tradition, after all, the most basic of covenants were initiatives not on the part of human beings, but on the part of God, starting with the covenant of being itself, the Creation.”  P.53

Whether we know it or not, are willing to recognize it or not, willing to acknowledge it or not, we have a covenant with LIFE, the universe, that which sustains our existence here. The Buddhists call it “right relationship”. We, have lost our way as a species, as we destroy the planet we live on. The ecology is contaminated in significant ways and our wrong relationships with each other lead to genocide both intended as in the holocaust, and unintended as resource inequality leads to millions starving to death.

And further Buehrens writes, “Robert Bellah was right when he suggested that the radicalism of authentic covenantal hope is necessary to subvert our too easy, liberal complacency with any status quo – if we are ever to fulfill the promise of our heritage: the promise of covenantal, democratic community in right relation with others and with the creation. And that hope must now be both global in its vision and local in its realization.” P. 55

To overcome complacency, we, as a Unitarian Universalist people, must commit ourselves to continuing quality improvement. Our Universalist heritage tells us that our work is not done until the whole body of Christ is saved, brought to enlightenment, brought to salvation. It is a work which Teilhard de Charin called the evolutionary trajectory from Alpha to Omega. The work of humanity will not be done until we have achieved heaven on earth.

As we continue on the journey from Alpha to Omega, may our UU congregations be Oases of light and hope providing support and encouragement along the way. Our UU churches are the yeast in the dough, the salt in the stew, the source of nourishment and rejuvenation for weary travelers.
Posted by David G. Markham at 12:51 PM