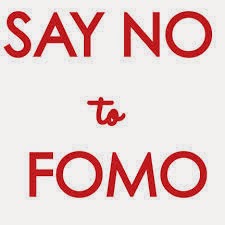 Seneca writes in his second letter to Lucilius, "Nothing to my way of thinking, is a better proof of a well ordered mind than a man's ability to stop just where he is and pass some time in his own company."

In the same letter, Seneca writes further, " 'A cheerful poverty,' he (Epicurus) says, 'is an honourable state.' But if it is cheerful it is not poverty at all. It is not the man who has too little who is poor, but the one who handers after more."

Rev. Michael Schuler said, in his sermon at First Unitarian Society of Madison on 02/03/13 entitled "Take It Slow", "For the natural world that helps us thrive, greed and speed must give way to more sensible values: generosity, forbearance, sympathy, humility, and patience. As another quote from Lao Tse reminds us, 'Nature does not hurry, yet everything is accomplished.'"

We live in a contemporary society where it has been noted that we live in a period of "great acceleration". Even our planetary climate is being affected. Mary Pipher writes in her book, The Green Boat, "The trauma of our personal lives and the rapidity of the deterioration of our planet are deeply connected. Hominids have been around for at least two million years and homo sapiens for two hundred thousand. Yet it is only in the last 250 years that as a species we have changed our core systems of the planet. The atmospheric scientist Paul Crutzen calls this span of time the Anthropocene. Humans are changing our earth's biological and chemical composition. Unless we make radical changes, the Anthropocene will be painfully and sadly short." p.22

Rev. Schuler says, "Unfortunately, in American Culture slowness gets a bad rap, so people are often reluctant to adopt practices that promote it. Yes, more sophisticated types have joined the 'slow food' movement, but in general slowness is equated with laziness, lethargy, lack of motivation, and even stupidity. Someone hesitates for a few moments before responding to a question or comment, and we peg him or her as 'slow-witted' rather than thoughtful."

Mary Pipher writes in her book, The Green Boat, " Still, many people are hooked. Scientists have discovered that every time we hear the blip or ding of an e-mail or text message a small amount of dopamine is released into our brains. We humans are programmed to be curious and it is natural to want to know more, more, and more. Therapists have coined a phrase for this new addiction: FOMO, or "fear of missing out."

Seneca, Schuler, Pipher are attempting, in their own ways, to answer the same question, "When is enough, enough?" Can we be satisfied with less? Seneca writes that the wise person already knows that less is better because it gives rise to contentment while greed for more gives rise to anxiety and fear of deprivation. Pipher asks us to be aware and curb our natural tendency to act on our FOMO. And Schuler, the Unitarian Universalist preacher says, "Take it slow", man.

Perhaps, we will rediscover the old religious clerical practices of obedience, poverty, and chastity. If not, at the very least, let us learn to be happy with less. Voluntary poverty, like the new celibacy, might lead to an awareness of and obedience to the natural laws of nature which will save our species on this earth and help their practitioners create a sense of joy in their lives. Taking it slow, forgoing FOMO, and voluntary poverty are a manifestation of the Unitarian Universalist seventh principle, a respect for the interdependent web of all existence of which we are just one, little, bitty, tiny part.

My Kind of Church Music - Feelin' groovy, Simon and Garfunkel

Email ThisBlogThis!Share to TwitterShare to FacebookShare to Pinterest
Labels: My Kind Of Church Music