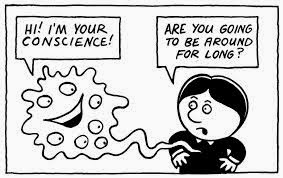 Dr. Ovid Byron is an entomologist, a scientist, and he, patiently, explains to Dellarobia, the role of science in our contemporary world.

"I am not a zookeeper," he said. "I'm not here to save monarchs. I'm trying to read what they are writing on our wall."

Dellarobia felt stung. "If you're not, who is?" She could think of some answers: the knitting women, the boys with duct-taped clothes. People Cub and her in-laws thought to be outside the pale of normal adulthood.

"That is a concern of conscience," he said. "Not of biology. Science doesn't tell us what we should do. It only tells us what is."

"That must be why people don't like it," she said, surprised at her tartness.

"I'm sorry. I'm probably speaking out of turn here. You've explained to me how big this is. The climate thing. That it's taking our stuff we're counting on. Buth other people say just forget it. My husband, guys on the radio. They say it's not proven."

"What we're discussing is clear and present, Dellarobia. Scientists agree on that. These men on the radio, I assume, are nonscientists. Why would people buy snake oil when they want medicine?"

"That's what I'm trying to tell you. You guys aren't popular. Maybe your medicine's too bitter. Or you're not selling us. Maybe you're writing us off, thinking we won't get up. You should start with kindergartners and work your way up."

"It's too late for that. Believe me."

Dellarobia is thinking about her children, 6 year old Preston in kindergarten, and toddler, Cordie. Are we adults thinking of our children, our grandchildren, our great grandchildren and beyond? Not much. We've found Rush Limbaugh and the other climate change deniers very attractive because we don't want to believe the science and imagine the world we are leaving the people coming after us.

Climate change is not the same thing as weather as most intelligent people know, but less intelligent people only know what is happening to their bodies, they don't think abstractly enough to understand things they can't see. Fossil fuel corporations have a field day with these concrete thinkers who regurgitated trivial information for their exams in high school and college to get a good grade, but never developed the skills of critical thinking and analysis.

Using Fowler's stages of religious development, I would guess that most UUs, especially those who have converted, are at the higher stages of development indicated by attitudes of curiosity instead of certainty, systems thinking instead of linear, reductive cause and effect thinking, and tolerance of ambiguity instead of black and white concrete conclusions. People at lower stages of faith development believe in supernatural gods who control the universe and reward good and bad behavior of people on earth who are perceived as being regarded by the gods as children.

We are at a time in our evolutionary process when human beings need to grow up and Dr. Byron is clear with Dellarobia that the role of science is to report the data and the facts. What people do with that information is determined by another realm, one of values, morals and ethics, the realm usually thought of as religion or as Dr. Byon puts it, "conscience". Science, Dr. Byron, says tells us what is, not what we should do.

And Unitarian Universalism is pretty clear about what we should do although I am not sure, given where our evolutionary path has taken us, that it is enough. The seventh principle says that UUs covenant to affirm and promote the respect for the interdependent web of existence of which we are a part. Perhaps it should say to protect and respect.....

Dellarobia in a child-like way wants the scientists to protect us from the climate change they are reporting as if they were gods or some sort of modern day super heroes who will, with magic powers, tame the weather and save life on the globe. But alas, scientists are objective, and study phenomena. "It is what it is" as the Buddhists say. What should be done about what is, and what is wanted, is based on another kind of knowledge: values. What should we value? What is the Good Life and how do we create it? The story describing that is the work of religion. As Unitarian Universalists we have a lot of work to do to tell our story and promote our values in a world that often seems deaf and blind.
Posted by David G. Markham at 7:00 AM