The seed of reverence is born 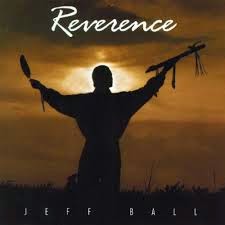 "So she was what Hester called a 911 Christian; in the event of an emergency, call the Lord. Unlike all those who called on Jesus daily rain or shine, to discuss their day and feel the love. Once upon a time, she'd had a mother for that. Jesus was a more reliable backer, evidently, less likely to drink himself unconscious or get liver cancer. No wonder people chose Him as their number-one friend. But if the chemistry wasn't there, what could you do? Dellarobia scrutinized life too hard, she knew that. For a year she'd gone with Cub to Wednesday Bible group and loved the sense of going back to school, but her many questions did not make her the teacher's pet." p.61

It is written in the second chapter of A Course In Miracles:


“Tolerance for pain may be high, but it is not without limit. Eventually everyone begins to recognize, however, dimly, that there must be a better way. As this recognition becomes more firmly established, it becomes a turning point.” ACIM, T-2.III.3.:5-7

This may be the Course's version of what Hester calls the 911 Christian.

As it is written in the Perennial Philosophy by Aldous Huxley:

"...it is, for very many persons, much easier to behave selflessly in time of crisis that it is when life is taking its normal course in undisturbed tranquility. When the going is easy, there is nothing to make us forget our precious selfness, nothing (except our own will to mortification and knowledge of God) to distract our minds from the distractions with which we have chosen to be identified; we are at perfect liberty to wallow in our personality to our heart's content. And how we wallow!" p.42

Osho says that the first step on a truly spiritual path is rebellion, questioning. As Rev. Galen Guengerich when he left the Mennonite community of his upbringing and went to seminary, many members of the church worried he would lose his faith. Guengerich writes that he didn't lose his faith but the faith of his family of origin.

Dellarobia is an adult child of an alcoholic and has learned to be skeptical of authority figures like her mother, because her alcoholic mother could not be relied upon, depended on, trusted. Dellarobia has learned from an early age to survive by her own wits and so while she is encouraged to believe, and wants to believe, as she puts it "the chemistry" wasn't there and what could she do? Then, the butterflies appear while she is engaged in the pursuit of what she has been taught is sinful, and she has an awakening which she still doesn't know to what it will be, but she has become aware that there must be a better way, that she is being called to a better way, a better self.

Many of us, I expect have had experiences like this probably born out of crisis and tragedy of some kind as well. Most of us are nudged to look deeper at the meaning of life at the 911 moments in our life. It is in our suffering that Unitarian Universalism has something to offer, not in terms of required beliefs, creeds, dogmas, but in terms of values upon which to create and develop a happy life. Dellarobia is becoming awakened to the seventh principle of Unitarian Universalism, the interdependent web of existence of which we are a part and all the awesome mystery that implies which begs for the development and assumption of a reverent attitude towards self, others, and the world.
Posted by David G. Markham at 7:00 AM