Why be just, equitable, compassionate if a person didn't have inherent worth and dignity? 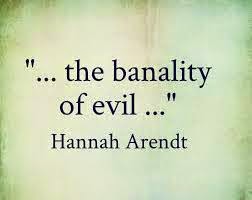 Feelings and attitudes of entitlement, moral superiority, a sense of specialness, competitiveness, all act to undermine our sensitivity for justice, equity, and compassion. We live in a capitalistic system supposedly based on merit, a free market, an even playing field where everyone has the right to pursue happiness but some people have more advantages and resources in playing the societal game than others. We describe upper class people as born with a "silver spoon" in his or her mouth, or having started life on "third base". The idea of a free market, merit, an even playing field is a societal myth when the sociologists actually look at the class structure in the United States and consider the life prospects of groups of people with certain demographic characteristics such as ethnic, racial, religious, sex, and class. In objectively considering the second principle we must recognize that circumstances of birth, upbringing, and education both informal and formal heavily skew the reality of what we might consider just, equal, and compassionate.

We can deal with the injustice, inequality, and institutionalized oppression at a macro-systemic level attempting to influence social policies, laws, and organizational regulations and practices, and at a micro-systemic level in our personal relationships face to face, person to person. As a practical matter, Unitarian Universalists apply the principle at both levels macro and micro, and yet something happens at a macro level which is much more pernicious and evil when becomes part of a group and organization. Corporate behavior, with its incentives based primarily on profit, often is unjust, inequitable, and incompassionate. Countries go to war, corporations pollute the environment, and organizations operate in self serving ways to enrich their prime operatives while exploiting the people they serve.

People do things to other people as a representative of a corporation or organization they would never do to a person face to face if they knew them personally. When personal relationships are involved, people often expect and receive "special treatment", rules are bent, individual circumstances are taken into consideration, and a more "human face" is put on the encounter.

There is a popular literature emerging with titles like "Assholes: A Theory" by Aaron James, and "The Essence of Jerkitude" by Eric Schwitzgebel. As a society we have become very cynical and feed on a daily diet of irony. We have become inured to injustice, inequality, and a lack of compassion as "the price of doing business" or "that's just how things are." In our high paced, stressful, digital age of social media, rapidly changing economy, governmental corruption by a radical capitalist ethic, we have come to accept the small injustices and sometimes large ones as "par for the course". Watching the injustice, the inequality, and the lack of compassion around us has led us to slowly accept what Hannah Arendt called the "banality of evil." Like the proverbial frogs in the pot of cold water heating up on the stove, we are stewing in the hell of our own making creating what Gerald Celente at the Trends Research Institute has named the "I don't care" state.

It seems that Unitarian Universalists do care, though, at least on paper when they drafted and adopted their seven principles, the second one being to covenant together to affirm and promote justice, equity, and compassion. We are a light unto a cynical world. We are a group that still believes that justice, equity, and compassion is important in our personal lives as well as in our community and corporate. It takes great courage, energy, and sacrifice sometimes to stand in solidarity with those oppressed and speak truth to power. This courage, and willingness to sacrifice comes from our faith and commitment that The Good Life is based on a belief in the inherent worth and dignity of every person and that this belief is not just empty, pie in the sky, psychobabble, but based on practices of justice, equity, and compassion, not just for some who are deserving, entitled, morally superior, special, but for all our brothers and sisters who share the interdependent web of life with us all.
Posted by David G. Markham at 7:00 AM