God calls us to be faithful. Whether we are successful or not is in God's hands. 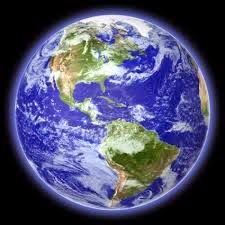 Mary Pipher has written another wonderful book when she wrote, The Green Boat: Reviving Ourselves In Our Capsized Culture. While she has her Bachelor's degree in anthropology and her Ph.D in psychology, she has the mind and sensitivity of a poet and a humanist. She writes in her last chapter, "Former Czech president Vaclav Havel wrote of a moment when societies come their senses and decide to live 'outside the lie.'" p. 215. Certainly the United States has not yet arrived at that moment to 'live outside the lie' with its commitment and foundation planted squarely on the ground of predatory capitalism which has bought the three branches of our government lock stock and barrel with the United States Supreme Court ruling that money is speech allowing billionaires and corporations to buy their representatives in our congress, senate,  Presidency, Governorships and state houses.

And yet, Pipher writes a few paragraphs later, "More and more of us are grasping that we are all connected and part of one living organism, our biosphere. p.216

She writes on the next page, "Nobody knows what will happen to the planet, but we do know what makes humans stronger, healthier, and more resilient. That is facing the truth, dealing with it emotionally, and transforming it. Regardless of the results of our work, when we are doing our best, we feel happier and less alone. With the right attitude, we can withstand any storm." p.217 This seems to be a matter of faith, a faith of Pipher's. Not everyone would share it. Will humans ever get "the right attitude?" And if they don't, they won't be able to "withstand any storm." Hundreds of people didn't in New Orleans with Katrina or on Staten Island and in New York City with Hurricane Sandy, and with the other droughts and floods and the rising of the Atlantic Ocean faster than predicted on the upper east coast of the United States we shall see how well we "withstand" these environmental and planetary changes. I, and I assume you who are reading this, hope that Pipher is right as well that we will be resilient enough to not only to withstand it but learn from it and correct our dysfunctional beliefs and practices.

There are two more quotes I would like to share with you that Pipher writes at the end of her book. First, she writes:

"Happiness and sustainability depend on everyone healing everyone else. As we repair our relationships with the web of life, the web of life will repair us. Healing the earth is not a liberal or a conservative idea - it is a form of prayer." pp.217-218. It has been the prayer of Unitarian Universalists since 1985 when the seven principles were revised and adopted at that year's UUA general convention including the seventh principle, a "respect for the interdependent web of all existence of which we are a part."

Second, Pipher writes in her last paragraph of the book, "Most of us take care of what we love and we grow to love what we take care of. Every place has the potential to be beautiful and filled with love - in other words, sacred." p. 219

And so, The Green Boat by Mary Pipher ends. It is a wonderful book describing depression, fear, frustration, discouragement, impending doom which ends with hope, faith, and love for ourselves and future generations and all living things on earth. While Mary describes herself as the "world's worst Buddhist" she, as I suggested earlier, should be nominated for an award as a Unitarian Universalist luminary as her work exemplifies the UU values.

The moral of the story is that we need not be depressed as long as we work in loving, joyful, fun ways with others to create a better world. Like Mother Teresa, Dr. Pipher seems to advise that we not worry so much about success, the results of our efforts, because we can easily become discouraged being thwarted and beaten by opposing forces with more money and resources and power, but we should take comfort and satisfaction and fulfillment in doing our best with grace, courage, persistence and love. As Mother Teresa said, "God calls us to be faithful, not to be successful." Whether we are successful or not is in God's hands. Our faith inspires us to answer the call. If Pipher and other like minded people in Nebraska can join together, forge new relationships and work together to protect the earth, we can too.
Posted by David G. Markham at 7:00 AM