Story of the day - Is rejection the end of the story? 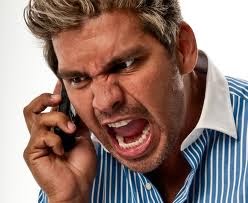 "You don't seem very happy?" was all he said before his son hung up on him.

The father didn't feel rejected but puzzled and concerned for his son who was so vehement in not just non-acceptance, but aggressive and hostile rejection. He had learned that the opposite of love is not hate, but indifference. And his son was anything but indifferent. He was full of rage. The only thing he could think was "Patricide". His son had just killed his father verbally, mentally, emotionally, psychologically, socially, and now he could have his mother all to himself. The classic Oedipal conflict. It all occurred on the phone.

And so it was over, a relationship of 46 years. Another child lost to him. You have them, you raise them, you invest heart, blood, tears, and it is all so easily rejected. Look what they did to Jesus he thought to himself. I am no better than Him. Look what they did to Martin Luther King, Jr., Malcolm X, Gandhi, Bobby Kennedy, Bishop Romero, and the list can go on. Who am I to complain?

Acceptance is not always important. If a person stands for something, is post-conventional, that person will be a threat to the status quo, will be going against the grain of the vested interests, will be upsetting the apple cart, will be perceived as a trouble maker. That's how change is made when the seed of growth is injected into the stagnant system and the system's response is self protection, rejection, even extermination of what it perceives and experiences as toxic to its continued existence.

And so, he realized that his son's vehement rejection, his attempts to kill the relationship, in the end would not prevail, but merely change the form of the connection they have had over the years. With that kind of anger, there was plenty of energy there which would go dormant now until it erupted and manifested itself again at some time in the future, only God knows when.  "It's good," he said to himself. "It's all good." as a tear welled up in his left eye.
Posted by David G. Markham at 7:00 AM