Story of the day - A sincere and authentic heart 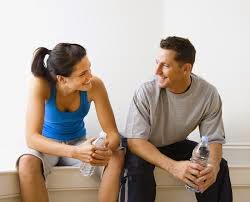 Brian left the Catholic church saying, "There are too many mysteries there for me to base a life on. You know, virgin births, bodily resurrection and assumptions, going to hell for eating meat on Friday, missing mass on Sunday, and having sex with my girlfriend."

Kara, "Yeah, well, you know, they still forbid women to use birth control even with the population on the planet over seven billion and growing. It's lunacy. Jesus loved women and if He were alive today, he'd want them to use birth control I am absolutely convinced. Not a question in my mind."

"It's no wonder the Catholic churches in first world countries are emptying out. Nobody in this day and age could take this antiquated stuff seriously any more," said Brian.

"My mom and dad paid lip service to the church when we were growing up," said Kara. "They are what I call 'cultural catholics'. They didn't want to upset their family and friends so they went to mass and had us kids participate in the sacraments, you know, baptism, first communion, penance, all that stuff. I refused to get confirmed though when I was 14 and they didn't say much, only that it was my decision."

Brian said laughing, "So you're a back slider, a FARC, Fallen Away Roman Catholic."

"I don't know if you can fall out of something you never intentionally chose to get into. In fact when I had to chose at confirmation, I said 'no'", said Kara.

"As Polonius says in Hamlet, 'Above all else, to thine own self be true,'" said Brian.

"How could God ask for anything more than a sincere, and authentic heart?" asked Kara.