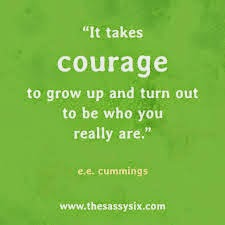 The fourth principle of Unitarian Universalism, "we covenant to affirm and promote a free and responsible search for truth and meaning" is perhaps what true spirituality is all about. Osho said that the first step on a spiritual path is rebellion by which I think he meant questioning. The "why" question.

Rev. Galen Guengerich wrote in his book, God Revised, that when he left his Mennonite community of his family to go to Princeton Seminary, "his" people were afraid he would lose his faith. Rev. Guengerich wrote that he didn't lose "his" faith, he lost someone else's. He was just beginning to search for a faith of his own.

Unitarian Universalism may be one of the few religions which not only accepts but encourages a free and responsible search for truth and meaning requiring no allegiance to a creed or dogma for membership in its congregations and denominational body.

While there are seven principles, I like to think of them as values, that Unitarian Universalists are asked to covenant together to affirm and promote, there is no required set of beliefs. UUs are "freethinkers" as they have been called which include people from all former religious groups or none supporting each others search for truth and meaning. James Fowler in his model of faith development describes this search as step four in his six stage model of faith development. Here is how Fowler's fourth stage is described on Wikipedia: "Individuative-Reflective" faith (usually mid-twenties to late thirties) a stage of angst and struggle. The individual takes personal responsibility for his or her beliefs and feelings. As one is able to reflect on one's own beliefs, there is an openness to a new complexity of faith, but this also increases the awareness of conflicts in one's belief."

Unitarian Universalism is not a faith for concrete thinkers, literalists, people needing the security of authority figures telling them what they should believe and think.

Unitarian Universalists are not so much looking for answers as they are willing and open to, as Rilke said, living the question. Here is what Rainer Maria Rilke wrote: “Be patient toward all that is unsolved in your heart and try to love the questions themselves, like locked rooms and like books that are now written in a very foreign tongue. Do not now seek the answers, which cannot be given you because you would not be able to live them. And the point is, to live everything. Live the questions now. Perhaps you will then gradually, without noticing it, live along some distant day into the answer.”

To live the question of the forth principle takes, according to Rev. Fredric Muir in his essay on the fourth principle in the book With Principle and Purpose: Essays About The Seven Principles of Unitarian Universalism, humility, awareness, non judgment, balance, learning, engagement, and focusing. I would add curiosity, courage and bravery. Living the fourth principle takes curiosity, courage and bravery. It is not for the insecure, the unsure, the submissive, the weak, or the lazy. And further, beyond Muir's six virtues, and mine of courage and bravery, I also would add patience and perseverance, what I call the "2 Ps".

Unitarian Universalism is not a faith for children but a faith for responsible adults grown-up enough to ask grown-up questions about their existential experience. They are ready to engage in an interior search of their own meaning making and for their own truth as they can best discern it. This is not a job for sissies or cowards, but for the courageous, the brave, and the curious.