I'd rather be used than be alone.

In her ninth story in her book of short stories, This Road Will Take Us Closer To The Moon, Linda McCullough Moore tells the story of a woman dating a man she met on line whose wife has died and who takes her into his dead wife's bedroom to show her his dead wife's clothing. 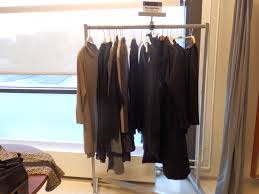 The title of this story is "Something about darkness; something about light." The second paragraph reads as follows, "Any chance of some light?" I say. A half-burnt votive candle, a boy's flashlight, a bent match. Perhaps a drawn-out flash of lightening in the summer sky. I am not particular."

It is a poignant story about grief and sadness, loss and sorrow witnessed by a woman considering this man as a possible next partner.

The story ends this way:

"He slides the dresses on the hangers down a pole, takes one out, replaces it, and then another. He picks a third and holds it up critically, then turns and holds it out to me.
'This one,' he says. 'Try this one first.'"

Life is like that, right, where we try to avoid the acceptance of loss by replacing the person or thing we were attached to. Don't worry about putting your 13 year old aged dog to sleep. We can go to the pound and get a new one next week. Or can we?

This might work if you will wear her old clothes. And for approval and acceptance we are willing to turn ourselves into something or someone we're not to get the other person to like us. As a young teen age client told me about her promiscuity, "I'd rather be used, than be alone."
Posted by David G. Markham at 7:37 PM