What are you doing for lent? 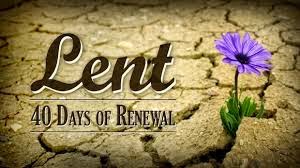 Wednesday, February 18, 2015 is Ash Wednesday and marks the beginning in the Christian Calendar of Lent. Lent is a period of recollection, intensive pensive awareness about the meaning of life. In the Roman Catholic tradition it was a period of voluntary penance, giving something up, and fasting. There is nothing sacred about the ascetic practices of self deprivation in and of themselves, but rather as a means of altering our consciousnesses so we can be aware of ourselves and our place in the Universe. Lent is a time of giving up our hubris and practicing humility and recognizing that we are only a small part of the interdependent web.

Lent can be a time in our Unitarian Universalist tradition of practicing the seventh principle by making small sacrifices for the sake of other living things and our planet as a way of acknowledging our interdependence. Lent is a time for making ourselves small so that we can open space for other human beings and other things which make up the web of life.

If you would, will you share your intentional Lenten practice this year with us on UUAWOL by leaving a comment about what you are intentionally doing to remind yourself and maybe others of our interdependence?
Posted by David G. Markham at 7:00 AM