The second source, the seventh principle, and moments of grace 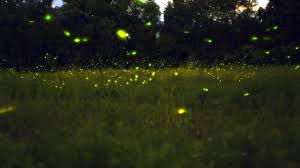 The second of six sources of the living tradition of Unitarian Universalism is the words and deeds of prophetic women and men. How do we draw upon this source?

A primary way is reading biographies about the lives of informative and inspiring women and men.

Another way I have found is by reading the Sun Magazine which every month has an interview with an interesting and inspiring person and a section called "Readers write" where "Readers Write asks readers to address subjects on which they're the only authorities." In other words, Readers write, invites people to tell stories from their lives. Here is a moment of grace as described by David Armitage in response to the topic for May, 2016 for Readers Write which was "backyards."


in the early 1980s I started a rigorous six-year academic program in Boston that required me to work during the day, take classes at night, and do homework on the weekends. On my first summer off, I wanted to get far away from my studies, work with my hands, and be close to the earth. So I went to live with an Amish family in Pennsylvania. The experience renewed me, and I decided to do it again the next summer.
That year I drove from Boston to Pennsylvania on a holiday weekend, and what was normally a six-hour trip took more than ten hours. By the time I arrived, just before dusk, I was anxious and exhausted.
My Amish hosts had delayed their dinner for me. During the meal I tried to act natural, but I felt full of nerves. My Amish host could clearly tell something was amiss, because at the end of dinner he said, “Come with me.”
I followed him to their backyard, which bordered an alfalfa field. Although his faith discouraged smoking, the farmer lit a cigarette. Three of his children gamboled about while two others clung to him. The farmer stood without saying a word, looking out over the alfalfa. I did the same.
The dark-green field was becoming harder to see in the fading light. The sky was peach at the horizon and deep blue higher up. Stars had begun to appear. Then out of the alfalfa rose fireflies — a few at first, but soon there were hundreds. Their pinpricks of light mingled with the stars: heaven and earth meeting in this humble man’s backyard. I felt my nervousness leave me.
The farmer turned and said, “That’s for you.”
David ArmitageBoston, Massachusetts
Mr. Armitage's story reminds me of the seventh principle of Unitarian Universalism which is "respect for the interdependent web of all existence of which we are a part." When we pull back from the stress of our daily routines and get things into perspective, and nature often helps us do that, we can experience an ease and comfort which seems almost miraculous and like a moment of grace.
To visit the Sun Magazine Readers Write in the May 2016 issue click here.
The Brockport Sun Magazine Discussion Group meets on the third Thursday of every month at 6:30 - 8:00 PM at the Lift Bridge Book Shop, 45 Main Street, Brockport, NY to discuss the previous month's issue. While everyone is welcome, registration is required. For further information, contact David Markham at davidgmarkham@gmail.com or 585-727-3663.
Posted by David G. Markham at 7:00 AM