Dear UU A Way Of Life:

I don't find UUs an especially happy group. If anything I find them the opposite. They seem ready to argue over every little thing and they aren't good at resolving conflict which often degenerates into passive aggressive game playing and leads to schisms. It seems to me that the reason that UU congregations are so small is that people become unhappy and then walk away. I don't know what the answer to this is for individual churches and for the denomination. I am curious what you might think given your current theme promoting the ideas that UUs are above average in intelligence and happiness. 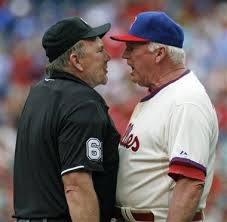 In any sport, there are rules and a referee who calls infractions. The players agree in advance to abide by the referees decisions and if players or coaches disruptively object they can be ejected from the game. Without a referee and rules, professional sports could not exist.

Unitarian Universalism suffers from a lack of accountability. Nobody seems to be in charge and so the fight is on for power, control, and dominance. UUs have been encouraged to believe that if they think it, feel it, want it, then their thoughts feelings and desires are as good as anyone else's and they should not have to defer and if they have to in the moment, they carry on resentfully, and aggrieved until they leave or a schism occurs.

The UUA has been derelict it its duty to not develop and implement accrediting standards and hold its member congregations accountable for quality operations. Unfortunately, this has not happened and the denomination and most of its churches continue to suffer like the Israelites wandering in the desert. Security comes from knowing where one stands and who's in charge. In UU, there is very little accountability and guidance and so people flounder, are confused if not perplexed, and then become aggrieved. These UUs are not very happy people, and unfortunately, the denomination is not a very functional organization contributing to its small size and dwindling membership.