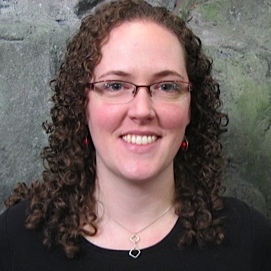 We all have to die some day. Most of us will have a funeral of some sort and a burial. Is there such a thing as a "good death," and a "good funeral," and a "good burial."

Like birth, death has become institutionalized. Families don't funeralize and bury their dead any more. They outsource these inevitable and necessary activities to professionals. There is growing awareness in our society that we could be doing a better job with these functions.

The Co-op Funeral Home of the People's Memorial in Seattle, Washington is one of the only non profit, member owned funeral homes in the United States. Could there be more? Should there be one in your area? Would you join one if there was?

Along with a lawyer, a mechanic, a plumber, and a doctor, everyone should have a funeral director in the family. For those families without one, Nora is happy to provide the service.
Nora was working as a stage manager in Seattle when The Co-op Funeral Home of People's Memorial was forming in 2007. She jumped at the chance to be involved with such a wonderful organization. She began as an intern and worked her way up to being named the Managing Funeral Director in 2013.

With a background in home funerals, Jewish traditions and a passion for natural burial and modern funeral practices, Nora strives to help each family make their arrangements according to their needs and wishes. She makes sure meeting with her isn’t the hard part of dealing with the loss of a loved one.

For more click here.
Posted by David G. Markham at 7:00 AM