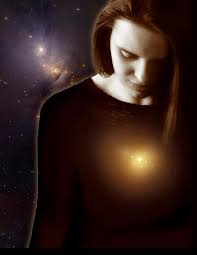 3
The dawning of the interior spiritual life

We are still in the first week of our 16 week course on the Interior Spiritual Life 101.

This question doesn’t arise for most people until mid life unless they have been subjected to some trauma and dysfunction earlier in their lives.

I remember at age 10 reassuring myself in my unhappiness, “This can be a good life if you know how to live it.” This is not an observation that most 10 year olds would make. Usually, it is not until middle age that a person in his/her distress observes “There must be a better way.”

In the Substance Abuse counseling field, it is widely recognized and acknowledged that people are not ready to question their behavior and lifestyles until they “hit bottom.”

In A Course In Miracles it is written, “Tolerance for pain may be high, but it is not without limit. Eventually everyone begins to recognize, however dimly, that there must be a better way. As this recognition becomes firmly established, it becomes a turning point. This ultimately reawakens spiritual vision, simultaneously weakening the investment in physical sight. The alternating investment in the two levels of perception is usually experienced as conflict, which can become very acute.” T-2.111.3:5-9

It is in this dawning awareness that there is a better way that the interior spiritual life is born. Unfortunately, in our contemporary culture, we don’t have a vocabulary to name this experience and growing awareness other than to psychologize it. Often the person presents with complaints of depression, anxiety, substance abuse, infidelity, various compulsions such as gambling, shopping, hoarding, workaholism, video and social media addictions, relationship conflicts, etc. The person realizes that the path of the ego is working for them any longer.

Sometimes if the individual has a faith tradition in which they have participated there is a tendency to return to the religious practices  and membership of one’s youth even though there is an increased ambivalence about the “faith” required for membership in such groups. These individuals come to distinguish and discriminate between religion and spirituality as being two separate things. Some religious people are not spiritual, and some spiritual people are not religious. Some people can be both religious and spiritual, but increasingly, in our contemporary culture, this is becoming increasingly rare.

This awareness that there must be a better way and the desire for an interior spiritual life initiates a search. The individual has become a “seeker” even though it is not clear what, exactly, he/she is seeking. In what direction do seekers typically go? We will explore this question next.