What is the pinnacle of human development? 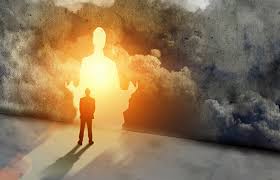 Wakefulness, enlightenment, is more supported in some cultures and religions than others. Most of the major religions have their tradition of mysticism which is widely acknowledged if not aspired to.

Some cultures are supportive of the mystical experience and admire people who are awakened and enlightened. In India, for example, the awakened state is recognized, admired, supported, and encouraged. Not in the United States and other Western Countries. That's why Westerners go to India seeking spiritual experiences. In the United States such seekers must seclude themselves in monasteries or drug communes.

In Unitarian Universalism there is no recognition of the awakened state and no cultural support. The closest UUs come to recognizing, acknowledging and admiring people who have awakened, or aspire to awakening, is the UUs appreciation of the transcendentalists and admiration for people like Thoreau and Emerson and Browning.

Awakening, enlightenment, can be considered to be an advanced evolutionary leap in consciousness similar to what Maslow called "actualization" on the pinnacle of his pyramid of needs. Awakening is a transformation of the self-system which encompasses an awareness of and love for and experience of the seventh principle of Unitarian Universalism's  "interdependent web of all existence of which we are a part." UUAWOL ministries calls this stage of human spiritual development "cosmic consciousness." It is exemplified by the person who asks the hot dog vendor to "make me one with everything." When the person asks the vendor for his change, the hot dog vendor replies, "change comes from within."