Can a UU be a Trumpist? 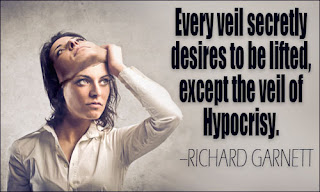 At election season, as party affiliation becomes more visible and influential, the question is raised about the intersection of religion and politics. More specifically, the question has been raised in books and magazines, podcasts and social media, can a good Unitarian Universalist be Republican or Democrat, Conservative, Libertarian, Green, etc.?

The foundational consideration should concern the overlap or congruence of Party values, policies, and platforms, and the covenant which UUs join together to affirm and promote. The Unitarian Univeralist covenant is based on seven principles many of which are not supported by multiple policies and candidates for election. Can a Unitarian Univeralist be true to his/her covenant and still vote for a candidate who's position and platform undermines, sabotages, or conflicts with one of the principles? The logical answer, of course, is no. The emotional answer is yes and it happens all the time.

Political decisions are usually based on emotion and not on reason. When it comes to support for political policies, most decisions are based on fear rather than reason and compassion. The consideration of where primary loyalty lies: to the UU covenant or to Party politics, becomes the deciding factor in making voting decisions. Is the voter to be true to her/himself and his/her covenantal relationship or to be a hypocrite?

The racism of the Republican Trumpists has been noted during the campaign and since the election. It is against the UU principles to behave in accordance with racist values. Can a UU then be a Republican? Of course, but it is hard to accept that a UU could support Trump and his allies racist policies. There are many other examples of Trumpian policies and behavior that contradicts UU principles. There are many examples also, of Democrat policies that contradict UU principles. The question is not about political party affiliation but about loyalty and faith in the UU covenant.

Email ThisBlogThis!Share to TwitterShare to FacebookShare to Pinterest
Labels: Politics