What is the virtue of motivation or faith? 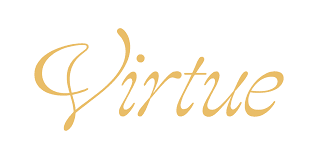 The mission of Unitarian Univeralism: A Way Of Life ministries is to sanctify the world helping people become holy. Some might ask, "What does the word 'holy' mean?" The word "holy" refers to the manifestations of virtues.

Virtues are best not thought of as character traits, but as skills that have been developed and pefected through deliberate practice. Virtue is not something that a person is born with, but skills and competence that have been created and developed by practice over time.

At UU A Way Of Life ministries we are developing the Virtue Development Project where we are identifying and experimenting with ways that people can develop these virtuous skills. The key virtues we have identified so far are: kindness, goodness, honesty, empathy, self-knowledge, self-control, and motivation or what we call "faith." In each one of these virtue categories, there are also collolaries or subsets of skills, sometimes identified as virtues such as generosity, gratitude, compassion, but these skills are different forms of the primary virtue.

There will be articles periodically published on this blog which identify, define, describe, and suggest ways of creating and intentionally developing the virtuous skills for one's own benefit and for the benefit of those with whom that person has relationships.

As these virtures are further identified, defined, described, and practiced, UU A Way Of Life ministires will be developing courses which people can study which will help them facilitate their virtuous skills.

One of the key components of emotional intelligence is motivation. In the Emotional Intelligence model, motivation is defined as the desire to achieve for the satisfaction and fulfillment experienced in the achievement itself. In other words, the motivating rewards are intrinsic primarily and not extrinsic. On the path of the spirit we call this faith. People are motivated by faith to live a certain way, to interact with others in a certain way, to go about their daily routines and tasks in a certain way "for the greater glory of God and God's creation."

People who are motivated by faith can tolerate high degrees of frustration and yet persist in the pursuit  of the goal of mutual well being. In our contemporary times this persistance is called "grit".

We have known for several decades about the "Pygmallion effect" or the "self fullfilled prophecy" of the idea that "what you see is what you get." But as psychologists have studied this phenomenon further, it has become clearer that this thing called "faith" has a subtle way of influencing the ways we interact with others. Faith is based on our expectations about the actualization of the other's potential. Do we believe in the positive growth and development of others and their ability to achieve a state of joy, peace, and bliss?

Here at UU A Way Of Life ministries we really believe that this state of joy, peace, and bliss is possible for everyone in the world. We expect it for ourselves and for others even in the face of the evidence of our day to day observations that we often have fallen far short. Our faith however instills in us hope, and courage, and effort to continue on the path of making our world better.