The helpers is a feature of UU A Way Of Life ministries which appears on Fridays. 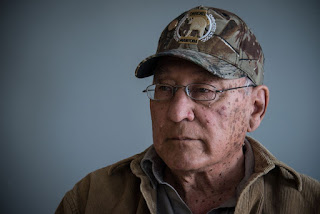 William Ayotte saved a woman from being mauled by a polar bear in Manitoba, Canada, with a shovel when we was 69 years old in 2013.

Editor's note:
It is interesting to note the courageous and brave people who step in to help others. What is it about us that is so altruistic that we are willing to sacrifice our own safety and well being to help others? Is this tendency more likely to manfest in some people than others?

Fred Rogers said that his mother told him in the times of trouble to look for the helpers. Where to look? One place is among the Unitarian Universalists.
Posted by David G. Markham at 8:41 AM