Prophetic women and men is a regular feature of UU A Way Of Life ministries blog which appears on Sundays. 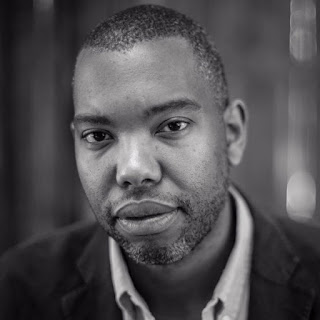 I guess the place, in terms of the book, that I most recently encountered it is the implicit idea that President Obama was prone to repeating: that the arc of history is long, but it bends towards justice. And I just — that sort of notion of destiny — I don’t know how you measure that against the very human practice of repeating brutality over and over again.
And beyond that, what about the people who — what if you don’t believe in humanity as this kind of collective, but believe that every individual life is a unit, in and of itself, and when that life is snuffed out, that arc is over, and so people who were lynched are not a part of a long-term historical process — that in their minds, that’s their life, and history ended the minute they were snuffed out? And so this kind of providential understanding makes them bricks in a road in order to give it a happy ending, in order to say it was all worth it.
But I maintain it was never worth it. It was never just. It was never right. The process is never — it’s always wrong. It’s always wrong, and I think there are a lot of things implicit in that that devalue — I would probably say not just the lives of African Americans, but the lives of people who live underneath of the boot.
For more click here.
Editor's note: Bolding has been added.