The helpers is a regular feature on UU A Way Of Life ministries blog which appears on Fridays. 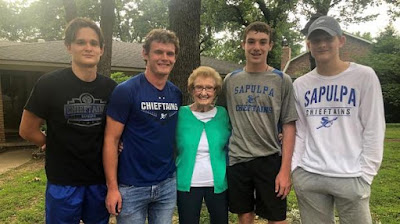 Four teenage boys in Sapulpa, Oklahoma are gaining widespread praise for their act of bravery. The boys, ages 14 to 17, rushed into a  90-year-old woman's home as it was burning — and got her out unharmed.

Click here for more.
Posted by David G. Markham at 9:32 AM