Unitarian Universalism is a beacon of light in a dark world. 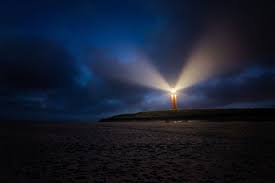 A person can blame the leader. A person can blame people with privilige who practice corruption to escape accountability to the just laws of that society, or a person can look ino his/her own heart and attempt to understand how such people were put into power to begin with and why they continue to vote for them so they can continue in their positions allowing them to exploit.

Most people love a con man and will vote for a person who practices corruption because  the person would like to be like them. The person enjoys the pain and suffering and exploitation. It is like the audience who is titillated watching a bully assault the victim. People love the titillation of vengeance and attack. It is emotionally arousing and for the bored, the emotionally blunted, attack is entertainment.

Deep down a person feels inadequate and defective. The person has been told that he/she was born with Origninal Sin and is doomed to damnation unless there is a blood sacrifice to redeem them from a wrathful, malevolent being who looks on them with contempt and disdain. A person gets defensive and thinks, "Well if I am bad, I am not as bad his him/her," and points their finger at the other to displace the burden of their own guilt onto someone else. He/she enjoys the victimization because it is comforting knowing that the other is being attacked and not them.

Unitarian Universalism sees the world from a different lens. UUs believe in the Original Blessing not Originanl Sin. UUs believe in the inherent worth and dignity of every person and do not play the blame game of "one or the other." UUs affirm and promote justice, equity, and compassion and do not believe in vengeance, blood sacrifice, and attack. Redemptive violence has no place in the UU covenant and principles.

Unitatian Universalism provides a view of the world which is counter cultural. It is a beacon, a light for the world. This view, this light, begins in individual hearts and is a choice that saves the person and the world.
Posted by David G. Markham at 8:59 AM