A Course In Miracles and Unitarian Universalism - What is a miracle? 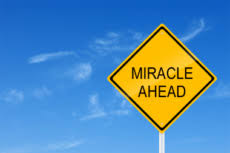 T-21.V.3. There is another vision and another Voice in which your freedom lies, awaiting but your choice. And if you place your faith in Them, you will perceive another self in you. This other self sees miracles as natural. They are as simple and as natural to it as breathing to the body. They are the obvious response to calls for help, the only one it makes.

Miracles seem unnatural to the ego because it does not understand how separate minds can influence each other. Nor could they do so. But minds cannot be separate. This other self is perfectly aware of this. And thus it recognizes that miracles do not affect another’s mind, only its own. They always change your mind. There is no other.

The "mind" is Oneness. It is the awareness of the interdependent Oneness which Unitarian Universalists refer to in their seventh principle. Since all egos don't exist because they are projections and the Mind is One, whatever a mind chooses affects the All since it is part of the All. When the text articulates "And it recognizes that miracles do not affect another's mind, only its own, They always change your mind. There is no other." it is to pointing to the idea that when the Mind, being One, chooses, whatever is chosen affects the whole.

When UUs covenant together to affirm and promote the inherent worth and dignity of every person it can be thought of as not referring to separate egos but to the Divine Nature of which we all are a part.

And so, the "miracle" is not something that happens to external phenomena but the choice of an awareness of the Nature of Existence which operates above the dream of separation. We experience happiness when we awake from our dreams of separation and divisiveness and come to the realization that we all are One. This is one way of thinking about the basis of our Universalist faith in the Unconditinal Love which is God which can be thought of  in the ego world as a "miracle.".
Posted by David G. Markham at 10:46 AM