Public theology - Is the US in need of a spiritual revolution? 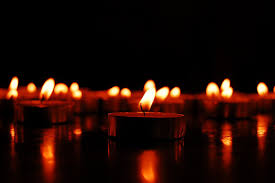 People have a remarkable capacity to bring themselves into conformity with opinions that are clearly contrary to the evidence, if it reduces social dissonance. To do otherwise would rock the boat, expose the fact that the emperor has no clothes. (As we used to joke, you can fool some of the people all the time—and that’s our target market!)

It is a psychological fact that perception is reality for most people. However, Jain misses the observation about what influences our perception, and the answer to that is our beliefs.

This, of course, leads to the idea of bias and prejudice which we are confronting as a nation with Black Lives Matter and the xenophobia, racism, and mysogony coming from the highest office in our country, and being acted out in our communities every day with horrific consequences decreasing significantly the quality of life in our communties and country.

If there to be a moonshot that would eliminate the xenophobia, racism, and mysgogony in our country what might it be?

Martin Luther King, Jr.'s leadership fascilitating nonviolent civil disobedience, based on love for our enemies, worked somewhat in the US in gettng rid of the Jim Crow laws in our Southern States in the 50s and 60s as it did for Gandhi in India in throwing off British colonialism.

What would be a moonshot in our current time to overcome Trumpism?

It seems to me that we would utlitmately have to change people's belief systems about separation, isolation, othering, and encourage people to look for their problems within rather than without. What we need is a spiritual revolution in the US if we are going to signicantly make headway in what I think of as a spritiual sickness. We can coerce people's poltical behavior by criminalizing it but criminalizing behavior does not necessarily lead to a postive corrective spiritual change.

The moonshot that could bring about a spiritual revolution is our country is the spread of the covenantal relationship of Unitarian Universalism which is based on our seven principles. UUs are lousy marketers and operate on the idea of attraction rather than marketing.

The other big problem is that UUs are not aware of the goldmine they are sitting on. If we uncovered the shade over our lamp, we could significantly help the world. Can we find ways to let out little light shine?
Posted by David G. Markham at 10:17 AM