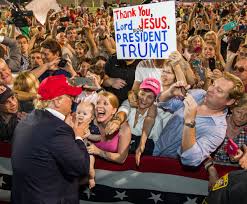 Calvin went to a discussion group at church about impeachment. The presenter talked about the articles of impeachment in the constitution, the presidents who have been impeached before (there were three: Johnson, Nixon, and Clinton) and the grounds for impeachment of President Trump.

Many people wayed in with ideas about the political, legal, and societal impacts of engaging in the impeachment process, but no one, interestingly in a church sponsored discussion, offered any views on the moral and spiritual aspects. Calvin was disappointed and left the meeting somewhat confused.

Calvin told me he could talk about the pros and cons of impeachment in any number of venues and with any number of groups of people. The cable news shows discuss impeachment ad nauseum. No where, though, is anyone talking about the spiritual aspects and Calvin said he was hoping that at church that would be the one place where this perspective might be considered and reflected on but, disappointingly, that didn't happen. Calvin wanted to know why? Why was the avowed purpose of church, to relect on things through a spiritual lens, so glaringly ignored?

Calvin mentioned this exclusion of the spiritual perspective on impeachment to a few people and told me how his inquiry went.

Frank said, "Well, Jesus said to leave to Caesar the things that are Caesar's and to God the things that God's. So leaving out the spiritual dimension is exactly what Jesus might have suggested."

Betty said, "Well, I think you have a good point, but most people aren't that sophisticated and don't think about mundane things in spiritual terms. A spiritual consideration would have been over most people's heads and probably not anything they would be interested in."

"The metaphysical view," said Suzanne, "is that politics is all a game and that attacking one another is believed to be a path to salvation misguided though it is. Politics for many people has become an idol and people mistakenly think that if their candidate is elected and their preferred policies are chosen and implemented, then happiness will be secured for the nation and the world. This idea and wish is, of course, fool hearty and never happens. Real change comes from within and not in the external world. Attacking one's political enemies will never bring happiness and peace. A tit requires a tat and the mindset of "one or the other" is doomed to creating a hell on earth. We are all in this thing called life together and either we all win or we all lose. Life is not the zero sum game that it appears. We all are part of the interdependent web and everyone will be included in the Universal Oneness eventually."

Calvin didn't know what to say to Suzanne. He was stunned and deeply moved by her ideas. This was what he had been looking for. He wished she had been at the discussion and could have shared her views and that her ideas could have been discussed. Suzanne's views seem to be deeply Universalist.

Calvin reported to us at UU A Way Of Life that he had learned that in the process of holdiing people accountable for the well being of the whole we must join with our perceived enemies and not attack. Jesus said we should love our enemies. This means we draw them in not push them out. It dawned on Calvin that impeaching Donald Trump will accomplish very little in terms of advancing the well being of human kind. However, finding ways of transforming Donald Trump's mistakes into higher levels of awareness so that the overall functioning of our society can be improved starting with ourselves first would be a step in the right director.

Calvin realized that the problem in our society is not Donald Trump. Trumpism is a symptom of deeper problems in our society. Who, after all, are the people who voted for Donald Trump, and support his policies? What are the values of Donald Trump's base? How did the hearts of the people in Donald Trump's base become so cynical and fearful of the other? Where do their hearts hurt? How do we reach out to these brothers and sisters and encourage them to join us in finding a better way to live together in love and peace?

Will impeachment eradicate Trumpism? Trumpism is a problem of the human heart. Trumpism is at its deepest level a spiritual problem. It was this observation which was missed in the discussion which left Calvin wishing for something more.
Posted by David G. Markham at 11:05 AM

Email ThisBlogThis!Share to TwitterShare to FacebookShare to Pinterest
Labels: Letters from UUAWOL, Trumpism