Casey Parker is looking for a church to ease his existential crisis. 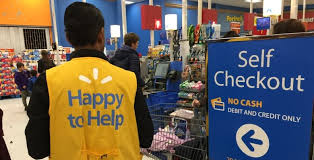 Casey Parker, 28, is struggling with the meaning of life. His girlfriend, Kali, whom he has been dating for 6 months and living with for 3, broke up with and asked him to have his stuff out of her apartment by Friday.

"I replace 7 cashiers," said Casey, 'and I've got to say it is a hell of a deal for Walmart to get their customers to do their work for them by making them do their own cashiering and bagging."

"Dealing with the constant clusterfucks puts me in a bad mood and I'm sorry to say, I took alot of my anger and resentment out on Kali," said Casey. "It wasn't her fault that I was acting like such a prick, but she didn't have to be such a bitch about it."

"I'm 28," Casey explained, "with an Associates' degree in retailing, and this is what my life has come to. I might as well go back to drinking and getting high."

"When I left work yesterday, I bought a 30 pack of beer to take home, and the freaking cashier ID'd me and asked me for my license. Then she called the manager for approval which seems to be his primary job these days approving alcohol sales."

"Maybe I need to go back to church. My buddy Chris from AA said drinking isn't going to solve my problems and suggested I find a nice church for support because I'm going through what he called 'an existential crisis.' I don't even know what that is, but it sounds serious. Do you know any good churches?"
Posted by David G. Markham at 9:38 PM