Should UU be a peace church? 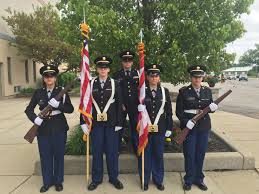 The Jacobin magazine, Summer 2019 issue has an article entitled "Dismantling the school-to-soldier pipeline."

Anyone under the age of eighteen should not be recruited or be part of the military system. I believe this is a United Nations protocol, and in my view the United States doesn’t follow it.

The Pentagon’s own research shows that, while JROTC doesn’t really improve academic outcomes, it works well as a turnstile for the armed forces. It’s obvious why the program is so strongly supported by the Pentagon: about 40 percent of students who spend at least three years in JROTC go into the military after graduation.

Instead of the legal draft we fought against during the Vietnam War, we started looking at the “poverty draft”: people being pushed into the military by their economic and social status. We realized pretty quickly that the poverty draft needed to be addressed differently than the legal draft. We couldn’t just go out and moralize about participation in war. We needed to actually offer something as an alternative to young people.

Did you know that the Pentagon and public schools sponsor Junior ROTC in high schools across the country and they target poor kids?

According to Wikipedia there are over 3,200 JROTC units in high schools in the U.S.

Should Unitarian Universalism be a peace church? What would the UUA say about JROTC?
Posted by David G. Markham at 9:36 AM