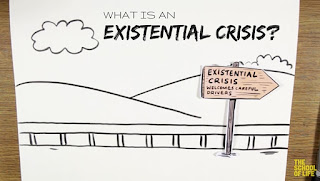 This is what is meant when climate change is called an “existential crisis”—a drama we are now haphazardly improvising between two hellish poles, in which our best-case outcome is death and suffering at the scale of twenty-five Holocausts, and the worst-case outcome puts us on the brink of extinction. Rhetoric often fails us on climate because the only factually appropriate language is of a kind we’ve been trained, by a buoyant culture of sunny-side-up optimism, to dismiss, categorically, as hyperbole.

It is time for humanity to put its big boy and big girl pants on and take responsibility for the climate warmth we have created and the consequences. Nine of the last ten years of this past decade have been the warmest years ever recorded. Senator James Inhofe's snowball in the Senate Chamber is the epitomy of a nefarious joke to deny reality so that capitalistic profit can continue to be extracted for the 1% while the other 99% of humanity suffers a terrible fate.

Will Unitarian Universalists and others join together to voice the alarm, organize, vote, and mitigate the terrible consequences of this rapid environmental change? Will we Unitarian Univeralists live up to our principles of affirming and promoting the inherent worth and dignity of every person, justice, equity, and compassion in human relations, and a respect fo the interdependent web of all existence?

In these prinicples we have invested our faith and now is the time to enact them and live up to them.
Posted by David G. Markham at 8:42 AM