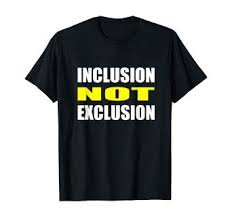 Day Four, Saturday after Ash Wednesday
Giving up flaming and attack for dignity and respect.

Luke 5: 27 - 31
27 After these things He went out and saw a tax collector named Levi, sitting at the tax office. And He said to him, “Follow Me.” 28 So he left all, rose up, and followed Him.
29 Then Levi gave Him a great feast in his own house. And there were a great number of tax collectors and others who sat down with them. 30 [d]And their scribes and the Pharisees [e]complained against His disciples, saying, “Why do You eat and drink with tax collectors and sinners?”
31 Jesus answered and said to them, “Those who are well have no need of a physician, but those who are sick. 32 I have not come to call the righteous, but sinners, to repentance.”

In this time of significant political polarization fueled by the reactivity and triggering of social media, it is difficult to find common ground and join rather than fan the flames of separation and further divide.

During this season of Lent, even though we are called to do this all through the year, we are reminded to set aside our differences and love our enemies. We are called upon during this season of Lent to renounce our identification with the values and beliefs of the ego which separate us and turn to the inherent worth and dignity of every person which resides beneath the illusory attributes which we  hate and disdain.

Jesus joined with the perceived enemies of Israel of the time and was seen as a traitor to the cause of the righteous and rebuked them saying that He was not going to fuel the flames of further division and polarization, but to find common cause with all people. Jesus was there to love not to hate, to join, not separate, to include not exclude.

Today, I will set my resentments and grievances aside. I will focus on what I have in common with people I dislike rather than focus on our differences. Can I maintain my dignity and those of others by looking past what upsets me to the good that is deep down within? Like Jesus can I seek to heal rather than harm? Lent is about giving up my reactivity and flaming others and practicing understanding and respect.