Lenten Reflections, Day Twenty nine, Fifth Wednesday of Lent, Path of the Ego and the Path of the Spirit 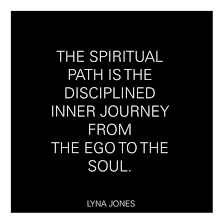 Day Twenty Nine, Fifth Wednesday of Lent
Path of the ego and the path of the Spirit.

But Jesus answered them, “My Father is still working, and I also am working.”

For this reason the Jews were seeking all the more to kill him, because he was not only breaking the sabbath, but was also calling God his own Father, thereby making himself equal to God. Jesus said to them, “Very truly, I tell you, the Son can do nothing on his own, but only what he sees the Father doing; for whatever the Father does, the Son does likewise.

The Father loves the Son and shows him all that he himself is doing; and he will show him greater works than these, so that you will be astonished.

Indeed, just as the Father raises the dead and gives them life, so also the Son gives life to whomever he wishes.

Very truly, I tell you, anyone who hears my word and believes him who sent me has eternal life, and does not come under judgment, but has passed from death to life.

Very truly, I tell you, the hour is coming, and is now here, when the dead will hear the voice of the Son of God, and those who hear will live. For just as the Father has life in himself, so he has granted the Son also to have life in himself; and he has given him authority to execute judgment, because he is the Son of Man.

I can do nothing on my own. As I hear, I judge; and my judgment is just, because I seek to do not my own will but the will of him who sent me.”

John puts some fine words in Jesus’ mouth. The words John reports Jesus as saying have little meaning unless you understand Jesus' metaphysical philosophy. Jesus sees the world in a non dualistic way. Without understanding Jesus’ metaphysical cosmology, His statements in this passage are incomprehensible.

Jesus sees all life as One. We are all part of the Oneness. Jesus is speaking from a position of cosmic consciousness. Jesus is not referring to things on the path of the ego. So when Jesus says that He and the Father are One as well as the people who understand His teachings, Jesus is not referring to the usual meaning of the words His is using based on separation, and this offends the Jews. They are taking Him literally rather than spiritually.

Richard Rohr suggests that when we read the words “judge” and “judgement” in this passage we substitute the word “mirror” or “mirroring.”