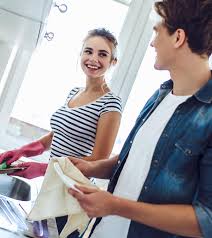 And the third possibility is of interdependence. That happens very rarely, but whenever it happens a part of paradise falls on the earth. Two persons, neither independent nor dependent but in a tremendous synchronicity, as if breathing for each other, one soul in two bodies—whenever that happens, love has happened. Call only this love. The other two are not really love, they are just arrangements—social, psychological, biological, but arrangements. The third is something spiritual.

Osho. Maturity: The Responsibility of Being Oneself (Osho Insights for a New Way of Living) . St. Martin's Press. P. 50

The “interdependent” type of romantic special relationship is based on unconditional love. In the first two types of relationships, dependent and independent, the “love,” if you call it that, is conditional. Conditional love love is based on the idea of “I will love you if…………………” It is not really love at all but an exchange. The other is an object, a commodity.

When the disillusionment inevitably sets in, the opportunity to create a genuine, authentic, interdependent relationship is presented. Few people, other than the very mature, are able to create and engage in such a relationship.

The hallmark of such an interdependent relationship is the conscientiously conscious awareness of another person’s well being. There is a deep seated empathic care and concern that is based on nothing other than the person’s intention to be there for the other person.

At a deep level, this being there for me is what a person wants the most out of a relationship. They want a partner who is dependable, reliable, understanding, and wants only the best for them and their relationship. They want a partner who will love them at their worst as well as at their best, warts and all. This is how God loves us and the experience of this kind of interdependent love is what, as Osho says, brings paradise to earth.

Relationships grow and develop over time. They can start as dependent and then progress to independent and culminate in interdependent. The question always to be answered as one pursues and engages in a special relationship is “What is the purpose of this relationship?” Is it to get one’s needs met? Is it companionship and to mitigate loneliness? Is it to acquire resources to accomplish some life goal? Is it to facilitate one’s own and a partner’s growth and development to actualize the potential to become ones’ best selves?

Email ThisBlogThis!Share to TwitterShare to FacebookShare to Pinterest
Labels: The Spiritual Life series