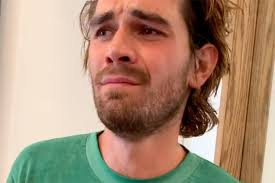 Harry was talking to his friend, Bob, who was complaining about all kinds of things and was telling Harry how put upon and abused he felt by the things others had done to him.
Harry smiled and said to Bob, “Are you a victim, Bob?”
Bob said, “Yes, I suppose I am, and it’s awful.”
Harry said, “I’m sorry to hear it. I’ve never thought of you as a victim before.”
Bob said, “Yeah, well, my brother used to say there’s no such thing as gravity, the whole world sucks.”
They both laughed.
Then Harry said, “What bothers me more than anything is that you seem to have given your power away.”
“What do you mean,” said Bob.
“It seems,” said Harry, “that you have been willing to make other people and circumstances responsible for your unhappiness and that’s a real shame.”
Bob said, “Well, what am I going to do?”
Harry said, “Forgive them and get on with your life.”
Bob’s eyes welled up with tears, he patted Harry on the shoulder, said “ good bye” and walked away and seemed a little lighter on his feet.
Posted by David G. Markham at 9:29 AM